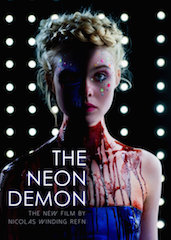 A director of photography in the audience when I saw the demo compared the results favorably to Technicolor’s 3-strip process. These clips were re-mastered from an existing Digital Cinema Distribution Master, although the best results would be achieved by grading the original camera files.

ÉclairColor provides an Output Device Transform that matches their customized projector profile. In essence, it’s a combination of a post-production process with the optimization of existing digital cinema projectors.

Manel Carreras, ÉclairColor’s senior vice president, business development and studio relations, explained that the system is affordable for exhibitors because it is based on existing technology – currently Sony Digital Cinema 4K R510 or R515 projectors – with ÉclairColor software. He suggested that Barco laser projectors as probably the next to adopt the process. Projectors need to be able to achieve 30-foot lamberts on screen to work with EclairColor.

The Ymagis Group is confident that HDR will become the standard for digital cinema projection and the company believes there is room for an affordable, compatible system like ÉclairColor.