Abramorama to Release Turn it Around 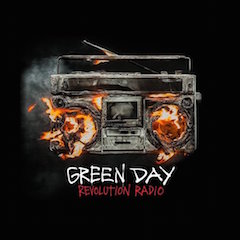 Green Day and Abramorama are collaborating to distribute the upcoming film Turn it Around: The Story of East Bay Punk to be released across the USA in tandem with Green Day’s Revolution Radio World Tour during the summer of 2017. Abramorama will release the film, which was executive produced by Green Day, in theaters across North America and will work with the filmmakers on the global release across all platforms.

Coming off their recent success with Ron Howard's The Beatles: Eight Days A Week-The Touring Years, Abramorama has proven time and again that they are specialists at handling marketing and distribution for music driven long-form documentaries. This is the second time they will partner with Grammy Award-winning Rock and Roll Hall of Fame inductees Green Day; the first was on the 135-city release of John Roecker’s Heart Like A Hand Grenade.

“Turn it Around gave us the opportunity to tell the story of the East Bay punk rock scene, a scene that’s a sacred thing to me, Mike and Tré and to a lot of others who were there at the founding and who helped to shape the genre,” said Green Day front man Billie Joe Armstrong.  “We’re proud to bring the history of this movement to the world and hope the film inspires people to create their own music and to build an artistic community."

Abramorama’s West Coast head of acquisitions and business development Evan Saxon and executive vice president and CCO Karol Martesko-Fenster added, “It’s an honor to again be entrusted by Green Day to engineer the release of their films.  Turn It Around, directed by Corbett Redford, is a documentary very dear to the band and gives fans of all kinds of music an inside look at the fertile East Bay Punk scene from which Green Day rose to be one of the biggest bands on the planet. “

Turn it Around: The Story of East Bay Punk spans over 30 years of the California Bay Area’s punk music history with a central focus on the emergence of Berkeley's inspiring 924 Gilman Street music collective.