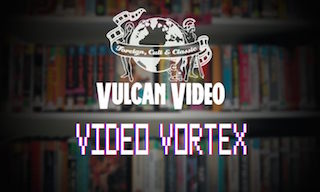 One of the victims of the global pandemic was Vulcan Video in Austin, Texas. The store opened in 1985 and quickly acquired a worldwide reputation for its vast curated collection of rare and hard-to-find VHS tapes, DVDs, and Blu-Rays. Alamo Drafthouse has acquired the collection and, once the COVID-19 crisis is over, the lobby of Alamo Drafthouse South Lamar in Austin will be the home of Video Vortex South Lamar, powered by Vulcan Video South.

There, moviegoers will be able to pick up as many as two free movies for a weeklong rental. There will still be late fees – but so long as films are returned within a week, the rental is free.

Tim League, Alamo Drafthouse Cinema’s founder and executive chairman said it’s difficult to stress how important Vulcan Video was to his company’s success. “They were a significant film resource for the community and hub for the appreciation and discussion of film,” he said. “Since we opened, Vulcan Video has been an incredible partner of Alamo Drafthouse Cinema. Our early pre-shows were 90 percent curated from there, they were a long-time sponsor and partner of Terror Tuesday, and they transformed Video Store Day into a major community event. At various stages, it seemed like half the staff did part-time shifts at both Alamo and Vulcan.”

“Allowing 35 years of thoughtful curation and love to be parceled off on Ebay would be a crime against humanity,” he continued. “Although it is sad to have a Video Store Day without Vulcan Video, we wanted to dedicate this Video Store Day to all those who worked at Vulcan over the last 35 years and share a little silver lining to an unusually crappy year.” 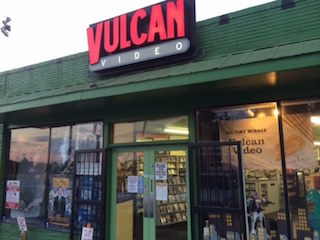 “So, in closing, thank you to founder Dian Donnell, her family and all the tireless video store clerks for nurturing both the collection and the film-loving community over 35 years.  We hope that this next chapter for the collection at the Alamo South Lamar continues to be an important resource for film-obsessed weirdos for many years to come.”

Alamo is asking people who had a rental out when Vulcan closed, to please just bring it to the Alamo South Lamar. There will be a box on the counter at the concierge. There will be no late fees, no explanations necessary, the company said. Include a note inside the case with your name and email address on it and in return receive a voucher for a free rental at Alamo On Demand.

Similarly, anyone with a large video collection – particularly hard-to-find, foreign cinema, or genre titles – the American Genre Film Archive would love to accept it and provide a tax deduction. To get that conversation started email [email protected].

Finally, the company said it is currently building the ultimate free rental collection of Kung Fu movies for Alamo’s Staten Island, New York theatre that will feature a museum of Kung Fu movie history at the Flying Guillotine bar.  And the company intends to keep opening free rental video stores in its communities as long as VCRs and DVD players exist on this planet.