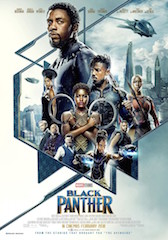 AMC plans to open Saudi Arabia’s first cinema theatre, in Riyadh, on April 18. It marks the first time a commercial cinema theatre has opened in the country in nearly four decades. Reports say the first movie screened in the Kingdom will be Marvel’s Black Panther. With a population of more than 32 million, the majority under the age of 30, Saudi Arabia is set to become the largest market for moviegoers in the Arabian Gulf region. The Kingdom is set to have nearly 350 cinemas, with more than 2,500 screens, by 2030.

Adam Aron, CEO and president of AMC Entertainment said, “AMC has been extraordinarily impressed by the imagination to move Saudi Arabia forward as detailed in Vision 2030, and we have been emboldened by the professional, gracious and warm welcome we have received from the Ministry of Culture and Information, from the Public Investment Fund and from every Saudi institution and individual with whom we have been in contact. We greatly look forward to serving the people of Saudi Arabia with truly world-class theatres all across the Kingdom.” 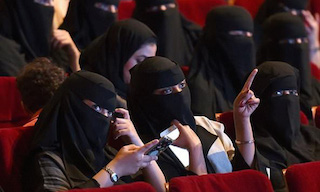 According to Aron the main theatre will have about 500 leather seats, orchestra and balcony levels and marble bathrooms. “We think it’s going to be the prettiest movie theatre in the world. It’s a dramatic building.”

“The granting of the first license marks the opening of very significant opportunities for exhibitors. The Saudi market is very large, with the majority of the population under the age of 30 and eager to watch their favorite films here at home,” said Dr. Awwad Alawwad, Minister of Culture and Information.

In a landmark decision in December, the Ministry of Culture and Information announced that commercial cinemas would be allowed to operate in the Kingdom from early 2018, for the first time in more than 35 years. The decision is part of Saudi Arabia’s social and economic reform program under Vision 2030, spearheaded by His Royal Highness the Crown Prince Mohammed bin Salman, who is currently on an official visit to the United States.

Saudi Arabia’s Ministry of Culture and Information announced on Wednesday that it granted the first cinema-operating license so that AMC can operate cinemas in Saudi Arabia. This follows the signing of a memorandum of understanding between AMC and the Kingdom’s Public Investment Fund in December 2017 to explore potential trade cooperation opportunities.

“The aim of Saudi Vision 2030 is to improve the quality of life for Saudi families by providing an array of entertainment opportunities. The restoration of cinemas will also help boost the local economy by increasing household spending on entertainment while supporting job creation in the Kingdom,” Dr. Alawwad said.