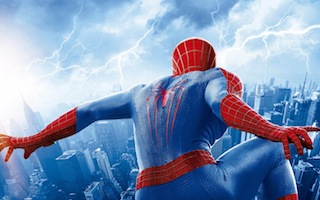 Next month when The Amazing Spider-Man 2 opens in theatres around the world it may well turn out to be a watershed event in the industry. That is because it will be the latest movie to be widely released in both the Barco Auro 11.1 and Dolby Atmos sound formats. As the budgets for large-scale movies continue to grow, the pressure to open on as many screens as possible increases and Sony Pictures Entertainment clearly wanted this film on every screen it could get.

In January when the company announced its decision to adopt both sound formats they did their best to make it seem like a positive step. Rory Bruer, president of Worldwide Distribution for Sony Pictures said, “We’re thrilled to be working with Barco and Dolby, both to convert the William Holden Theater and to incorporate these innovative technologies into The Amazing Spider-Man 2.  We are always looking for ways to offer greater definition and further enhance the moviegoing experience.  These technologies are one more way that we offer consumers a richer and unique theatrical experience.”

Left unsaid was any mention of the added expense of mixing and releasing in two excellent but nevertheless incompatible formats. For the past three years a stalemate of sorts has developed in cinema sound. Barco’s channel-based Auro 11.1 was introduced in 2011and George Lucas’s Red Tails was the first movie released in the format. Dolby’s object-based Atmos was introduced the next year and saw its first theatrical release with Disney's Brave. According to The Big Screen Cinema Guide as of January, there are 27 North American theaters with Auro 11.1 sound systems installed and 95 U.S. locations with Dolby Atmos.

As those numbers grow the pressure has mounted on both movie studios and exhibitors to resolve what is fast becoming an impossible situation.

What the industry desperately wants to avoid is a return to the problems created by the introduction of Sony Dynamic Digital Sound. By the late 1990s nearly 7,000 movie theatres were equipped with SDDS – many of them owned by Sony at the time. Through Sony’s successful studio arm of that time – Columbia/Tristar – it was able to use SDDS as the exclusive digital soundtrack on its titles. But the sound format was not compatible with other systems and never gained widespread acceptance and the ensuing cost and confusion is still fresh in the memory of many. 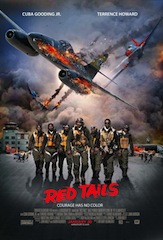 At this year’s CinemaCon convention later this month the International Cinema Technology Association will host a panel discussion entitled The Road to Open Standards for Immersive Audio. Pete Lude', chairman of the SMPTE Immersive Standardization Group will moderate and panel.

For his part Lude’ is optimistic that a viable standard can be achieved within the next twelve to eighteen months and he has gone on record in several places to that effect. He confirmed that to me and noted that both the National Association of Theatre Owners and the major movie studios through the Digital Cinema Initiatives loudly support a sound standard. “There is a strong will to make this happen,” Lude’ said.

That includes the two key manufacturers. Despite their different technological approaches both Barco and Dolby have publically expressed support for a standard.

Last October in a guest column for Digital Cinema Report Dolby’s Doug Darrow, senior vice president, cinema wrote, “Dolby welcomes the industry’s interest in standards. Dolby backed a study group within the Society of Motion Picture and Television Engineers to find common approaches among several different sound systems and explore methods for common implementations, including object-based audio. In the end, our standards efforts are guided by two main goals: one, end-to-end quality control to ensure that the filmmaker’s vision is delivered and played back intact at the cinema, so that audiences have the exact experience intended by the creative team; and two, technically correct and useful standards that will stand the test of time.”

Brian Claypool is senior director of strategic business development, Barco and will be on Lude’s panel at CinemaCon. I asked Claypool how the two different approaches could work together in a single sound standard. “Whether the channel count is 11.1 (in our case 11.1 is encoded into 5.1 LPCM tracks), or 13.1 or any other derivative, the built in renderer in the production tools can create however many track files are required for a given target environment,” Claypool said. “What I believe will eventually happen is that the DCPs will contain the standard 5.1 and eventually an additional immersive track which will be added to the distribution. This will allow exhibitors to pick the standard track or immersive track to play, based on the system capabilities they have.” 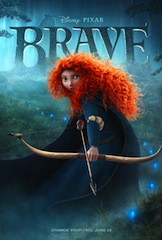 Claypool is convinced that there “is strong movement to an open standard” and believes the basics of a workable standard are already in place with the ultimate goal being a single package deliverable. “It’s not the easiest thing in the world to do,” he conceded.

Assuming a cinema sound standard can be achieved in the next year or so, I asked Claypool what will the impact be on the theatres that have already invested in Barco or Dolby technology. Will they have to buy additional hardware or software? “The need for theatres to buy new equipment is something we hope to avoid,” he said, “but there will be a hardware-based renderer needed.”

While Lude’ maintains his optimism he is also realistic. “Standards setting is always unpredictable,” he said. “It’s always a balancing act. SMPTE has taken on that challenge. Achieving a standard requires a continued engagement from all the parties involved. These people are all volunteers and are donating their time. I don’t see any insurmountable obstacles to doing this.”