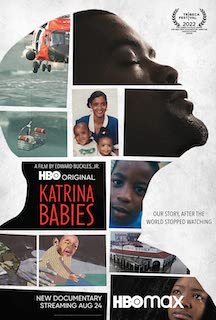 Audrey Rosenberg has a long list of impressive credits in film and television. To name just a few, she co-founded Invisible Pictures, where she was a producer on Bull, which premiered in the Uncertain Regard section of Cannes 2019; and is an executive producer on the Topic.com premiere digital series Soul City. Rosenberg was Emmy-nominated as executive producer along with Steven Soderbergh on the HBO documentary, His Way; executive producer on the Emmy- winning HBO documentary By the People: The Election of Barack Obama, produced with Edward Norton. She was part of the producing team with Christine Vachon on Douglas McGrath’s Infamous, starring Sandra Bullock, Daniel Craig, and Toby Jones. She produced Sean Gullette’s award-winning feature, Traitors, which premiered at the Venice Film Festival, and had its North America premiere at the Tribeca Film Festival. A member of New York Women in Film and Television and the Producer's Guild of America, Rosenberg is also on the board of Zimbabwe based organization The Soft Foot Alliance. She co-executive produced Dawn Porter’s Trapped, which won a special jury prize at Sundance for social impact filmmaking and was consulting producer in charge of the U.S. strategy for Raoul Peck’s Academy-Award nominated film I Am Not Your Negro. Her most recent film is the HBO documentary Katrina’s Babies, which has been well-received on the festival circuit. I recently spoke with her via email about this latest project and about her career in general. Here is our conversation.

Digital Cinema Report: You have had a long, successful, and varied career in film and television and show no signs of slowing down. You’ve worked as a location coordinator, writer, producer and even actress. What drew you to the film business and which one of all those roles has been a particular favorite? 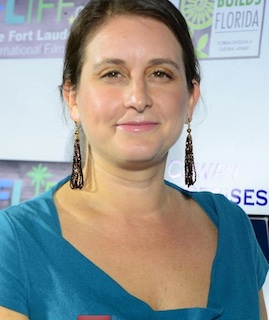 Audrey Rosenberg: I was drawn to the film and TV business by way of theatre and since I was 15 and read James Baldwin always through the lens of using the work as a vehicle for social change. I trained as an actor for years while also building my producing career. I am motivated by content and relationships and the alchemical magic involved in making art with other people and sharing it with audiences. For me, there has been value in all the roles I have tried on in the business. I think it's important to learn as much as possible about what those around you do, especially as a producer, to better create a positive, inspiring, and safe working environment. I suppose up until this moment, producing suited me best and it has been a wild ride.

DCR: In 2017, you were one of the founding Invisible Pictures in 2017. What prompted you to start that company and what were its initial goals?

AR: I had been a freelance producer in New York for around 20 years and I reached a crossroads of contemplation about getting a job and serving someone else's vision or whether to finally build a company incorporating my vision, values, and goals. I made the decision to start a company, then partnered and we created a combined vision for the company. The mission of Invisible Pictures was around authentic representation wherein people with lived experience are at the center of their own stories. We understood the importance of being a company that created space for people and stories that had historically been made invisible to now be made visible through film, TV, documentary, and short form projects. I am proud of the work we produced at Invisible, including the Cannes premiering 2019 feature Bull, the award-winning series for Topic Soul City with Jeen-Yuhs: A Kanye Trilogy directors Coodie & Chike, the Sony released feature Long Weekend and the HBO documentary film Katrina Babies for which I lead produced and was also a credited writer.

DCR: At least for a while longer, this seems to be a mandatory question: how did the pandemic affect your business? 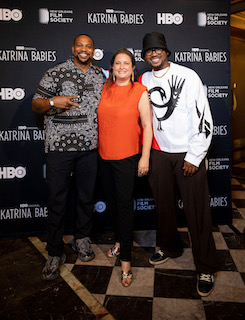 AR: The pandemic certainly impacted the workaholic lifestyle and insane pace I was keeping up prior to covid hitting. I do not travel nearly as much as I did before, and the pandemic provided some really important space for me to reevaluate my relationship to work. It helped me get clear about my priorities. What I was doing before was not sustainable or healthy. We are living in such a turbulent, high stakes time and the realization that bringing peace to my own energy and focusing on using as many moments as possible for healing in the world has been a gift of the pandemic.

DCR: Your latest film is the documentary Katrina Babies, which played at the Tribeca Film Festival and is now available on HBO. How did you and filmmaker Edward Buckles, Jr. connect and what was your motivation for taking on this film?

AR: I am so incredibly proud of this film and the reception we are getting from the press and from audiences across the board. We spent years cultivating the authenticity of the film and making sure to represent Edward's story, the young people, and the city with clarity and with intention, so it is heartening to see that we succeeded on all of those levels. 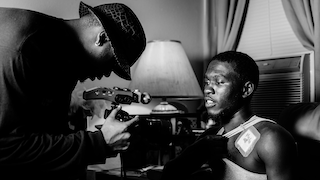 I met Edward Buckles, Jr. through his mentors Coodie & Chike who are executive producers on the film. We were in New Orleans, (both Chike and Edward's hometown) making a series for Topic called Soul City. Edward was an incredible ambassador to the city and became a fast friend. One night when we were out at a restaurant in the ninth ward (that would never have existed before Katrina), Buck told me about Katrina Babies, showed me footage of a former student and "Katrina Baby" Calvin Baxter, and shared his directing dream of premiering on HBO. The footage moved me to tears. I immediately said yes to producing the film. I just knew I had to. These people deserved to give voice to their unaddressed trauma and to finally be seen and valued as survivors and as the incredible human beings they are today. It was clear to me that Edward was the person to tell this story as a true insider with the trust of his family and his community and that there was much to learn about the double-edged sword of resilience and the larger issues of neglect and unhealed wounds caused by racism in America. New Orleans is a Black city, and I was blessed to experience it through the eyes of locals like Chike and Edward and their families and friends. While the spirit of the Katrina Babies and the city cannot be broken, there is still so much healing needed. The film is an opening for that healing to begin and I am privileged to have been trusted by Edward and the team to lead us to broadcast and beyond.

DCR: You’re on the board of New York Women in Film &Television. For you, what is the value of the association and what do you tell people who are considering joining?

AR: I am proud to sit on the board of New York Women in Film & Television and work alongside my incredible fellow board members, the phenomenal staff and the powerhouse that is our Executive Director, Cynthia Lopez. I will use our vision statement as one of the main inspirations for my involvement in the organization which is: Equity for all women in media and entertainment to better reflect our world and transform our culture. For people considering joining NYWIFT, we connect, educate and advocate for all of our members and the programming, networking, and opportunities for mentorship are abundant. If you are considering joining, I would say DO IT, and be part of the truly powerful, unique energy of the magic and spirit of New York coupled with the feminine power needed to heal the world. How's that for a reason?

DCR: What’s next for you and what are some of the projects you have in the pipeline now?

AR: There is still much work to do, and I remain focused on the goals of authentic storytelling and representation, social justice, and the power of storytelling to raise consciousness and promote healing in the world. I am strongly considering directing and doing some writing. It's time for me to share my voice and vision more directly and more publicly. On the producing side of things, I have a film with the amazing people at One Community, a big, fun, female comedy about sexual pleasure, a film written and to be directed by Lydia Dean Pilcher based on the book Songs of the Gorilla Nation, a TV series written by Dominique Morriseau with showrunner Krista Vernoff and inspired by the work and books of Saru Jayaraman, to name a few.