This is not an article I ever wanted to write. As virtually the entire world copes with the COVID-19 pandemic, businesses everywhere have tried to find ways to survive. This is particularly true of the cinema business where nearly every movie theatre has been closed – properly, for the sake of public health – by government mandate. Hardest hit have been small, independent theatres and art house cinemas. Sadly, in the coming weeks and months, many small theatres will go out of business. Now I have to share the news that among them, the Bethel Cinema, my local movie theatre, is shutting its doors for good.

The current owners, Ken Karlan and Pam Karpen, made the announcement in their regular newsletter that they email to loyal patrons. The newsletter usually announces screening times and upcoming releases. The latest newsletter contained their farewell statement:

“The world has thrown us a curveball and now we are all together (though very much apart) in this shared experience. Unfortunately, due to the current pandemic and economic strife that goes with it, the continued operation of Bethel Cinema has become impossible.

“As a regrettable outcome of this, we have to shut the theatre. It is with both sincere regret and sadness that we write to let you know that Bethel Cinema is permanently closing our doors as of today. It is our utmost priority to inform you of this as you are the people that have kept us going through the years.

“We have been the owners of the theatre for the past 15 years and it has been an incredible privilege to be part of this community and a part of your lives. Like every business we are the sum of our team and our customers and we have been fortunate enough to have incredible people in both of those arenas. 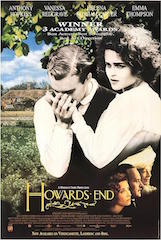 “We are very proud of what we have done and our commitment to nourishing your minds, bodies and souls. Movies can do that. They can stay with you for hours, days, weeks, even years. We were determined to bring fantastic, thought provoking films to the area, delicious treats to your bellies, and lots of good conversation to enjoy.  We could not be more thankful to all of you who have believed in us, been loyal to us, and have rooted for our success.”

Bethel, Connecticut, is a charming village of roughly 20,000 people in Fairfield County. The village borders Westchester County, just a few miles away. Those two counties border New York City on the north and northeast and are among the most prosperous counties in the country. Thousands of people commute to the city each day for work. Or they did until the pandemic changed our lives.

P.T. Barnam was born and raised in Bethel and there is a statue and a fountain in his honor in the town’s historical district.

Bethel Cinema was once a family movie theatre and later an adult, X-rated cinema. Paul Schuyler, who owned the place for more than a decade, opened it in 1993 when there were just two screens. The first films he showed were Howard’s End and Damage. He expanded the facility over the years – adding two more screens and a restaurant – by leasing extra space and building additions. Schuyler eventually sold the business so he could move to Sarasota, Florida and open an IMAX Theatre. 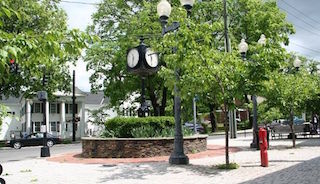 Karlan and Karpen converted the theatre to digital about a decade ago, when the entire world made the change. But the atmosphere remained very much that of a traditional art house. The auditoriums are small and intimate and the patrons are there for the love of good cinema.

The theatre featured a mix of foreign and independent films, with the occasional mainstream movie included. It was always a great place to watch a film because you were surrounded by film lovers. You could also enjoy a glass of wine or a nice meal at the adjoining restaurant, Taproot. There has been no news about the fate of the restaurant.

Today the Bethel Cinema encompasses more than 9,000 square feet and can seat 425 people. I reached out to Pam Karpen by email but she declined comment.

Karlan and Karpen ended their goodbye with the hope that the theatre they love can somehow have a new life.

“We would be thrilled if someone was interested in taking over the business. We will be heartbroken if the theatre is truly closed for good. Should you or someone you know be interested in owning a movie theatre (it is a really cool job!), please reach out to us at either [email protected] or you can reach Ken at (203) 943-0600.

“Take care of yourselves and each other. Stay well, stay healthy. Keep enjoying movies!”