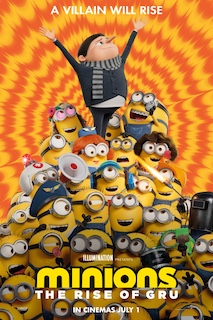 Another Marvel blockbuster thundered into the Global number one spot this past weekend as Thor: Love and Thunder debuted at $303.2 million. The Domestic launch saw Love and Thunder ($144.2 million) outstrip 2018’s Thor: Ragnarok, also directed by Taika Waititi, by just shy of 17.5 percent. However, it significantly trailed 2022’s previous MCU title Doctor Strange in the Multiverse of Madness (-23 percent), according to a new report from the London-based analytics firm Gower Street. A similar trend was seen internationally where Love and Thunder’s reported $159 million debut across 47 markets tracked 29 percent ahead of Ragnarok but 32 percent behind the Doctor Strange sequel. Overall, box office results were mixed across the board.

Top international markets, many including previews, were UK/Ireland ($14.8 million), South Korea ($14.7 million), Australia ($13.75 million), Mexico ($11.5 million), Germany ($6.2 million), and Italy ($5.04 million). Both Australia and New Zealand, where star Chris Hemsworth and director Taika Waititi hail from respectively, delivered the best opening of 2022 and the second best of the pandemic-era to date, behind Spider-Man: No Way Home.

Conversely, Germany was one of the few markets where the film failed to land the number one spot, trailing the second weekend of Minions: The Rise of Gru, which went up 23 percent in its second week as school holidays kicked off in Berlin, Brandenburg, Hamburg, MecklenburgVorpommern, and Schleswig-Holstein.

The Minions sequel easily cleared another $100 million at the Global box office in week 3, taking the worldwide total past $400 million ($405.8 million).

This also resulted in the cumulative global box office for the Despicable Me Minions franchise crossing $4 billion. The International markets playing collectively fell just 35 percent week-on-week, though individually it was a very wide-ranging picture. Some markets, including Austria (+27 percent), Germany (+23 percent), Netherlands (+13 percent) saw GRU grow as holidays kicked in. 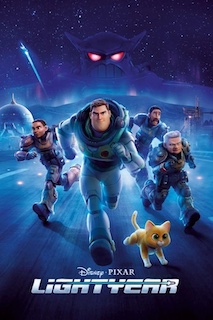 UK/Ireland, heavily impacted by the start of a 10-day heatwave, saw week-two business tumble 58 percent, while the Domestic market recorded a similar -57 percent drop. Malaysia only fell five percent in week two but did not have Thor: Love and Thunder to contend with. That lands on July 21 in Malaysia.

Australia, which debuted The Rise of Gru a week ahead of other markets, saw it drop just 23 percent in week three. Meanwhile the film opened at number one in France with 1.09 million admissions (including previews). 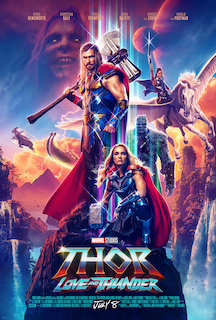 Top Gun: Maverick took a bigger hit in most markets this past weekend than it has been used to so far, but the film continues to add significantly to its global total, which now stands at $1.18 billion. Both the Domestic and International markets are on the cusp of crossing $600 million. The belated sequel is now Paramount’s biggest global release of all-time having overtaken 2011’s Transformers: Dark of the Moon ($1.12 billion). It is now aiming for a place in the all-time top 20 global grossers (it currently sits at number 22), an achievable goal.

Overall, the International market, excluding China, saw business track just -3 percent behind the pre-pandemic June average. The market share of global cinemas currently stands at 87.8 percent, another marginal week-on-week gain up from 87.3 percent the previous week. The most notable expansion was recorded in China, with market share of open cinemas (as measured by 2018- 2019 market share) rising from 80.9 percent last week to 83.3 percent this past weekend.