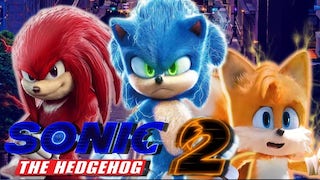 Who said April is the cruelest month? In its second week of release, Paramount’s Sonic the Hedgehog 2 received a major boost as it opened in the Domestic market with a massive $72.1 million, proving the suggestion audiences weren’t coming back to cinemas incorrect, they just needed the product. Sonic 2 opened 24 percent higher than the 2020 original, according to the British analytics firm Gower Street.

Overall, the film added an estimated $109 million for a global total of just over $142 million. Other major openings included Brazil, where it was +36 percent ahead of the original, Italy (+1 percent), and Mexico (-5 percent). It also enjoyed good holds in holdover markets including Australia (-24 percent), Germany (-30 percent).

The same, in terms of holdovers, could not be said of Morbius. The Domestic market delivered a damning indictment with a 74 percent drop from launch. That was the biggest drop of any major market, though many international markets were not far behind, including: UK/Ireland (-70 percent), Australia (-69 percent), Italy (-66 percent), Japan (-65 percent), Spain (-64 percent), France (-60 percent), and Germany (-56 percent). The anti-hero movie stands at $126.4 million globally. 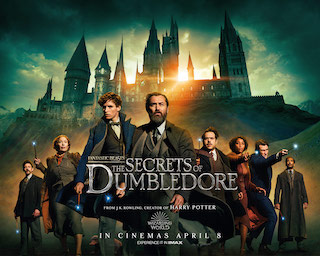 Fantastic Beasts: The Secret of Dumbledore made its debut in 22 international markets, with Domestic and further international roll-out following next week.

The third film in the Fantastic Beasts franchise (itself a prequel spin-off from the eight-film Harry Potter franchise) delivered $56.9 million with China ($9.75m) leading the way from Germany ($9.1m), Japan ($8.5m), and a disappointing UK/Ireland launch ($7.7m) which was less than half the opening result of the second film in the franchise in 2018 (-51 percent). The film fared comparatively better in other markets but still came in well behind The Crimes of Grindelwald in all major markets opening with Japan (-8 percent) the closest in opening business.

With the Easter Weekend approaching many markets are now in school holidays with more coming in this weekend.