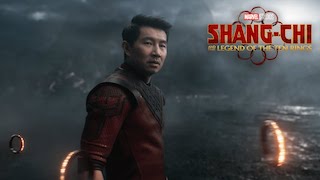 August posted another pandemic-era high at the international box office and the second biggest month of global box office since the pandemic began, according to the latest report from Gower Street Analytics, London. The month delivered a $2 billion global box office, up on July’s $1.9 billion and only lagging February’s $2.3 billion, which was fueled by a record box office month in China. The international market (excluding China) contributed $1.11 billion to the August total, beating its previous pandemic-era high, recorded the prior month, of $960 million.

The month also saw the domestic market reach $2 billion in total box office in 2021 ($2.09 billion by month end). With the success this past weekend of Marvel title Shang-Chi and the Legend of the Ten Rings, this has since surpassed 2020’s year-end total of $2.1 billion ($2.16 billion as of September 5). The domestic market only saw 2021 business overtake 2020 at the same point in the year on August 21.

August was $1.8 billion down on the three-year average for the month. A reduction in monthly deficit from the $2.2 billion loss recorded in July.

Although China showed a similar $0.4 billion gross in August to July (in fact $390 million vs $420 million) the number one global market recorded its biggest monthly deficit so far in 2021 compared to the three-year average. August tracked $710 million behind the average, a significant rise from the $460 million behind the average recorded in July. This was largely due to the continued lack of Hollywood releases in the market, with only two coming in August: Luca and Free Guy. The Pixar title disappointed with only $11.2 million in its first 12 days, having opened August 20. However, there was better news as Free Guy opened August 27 and finally brought the first import number one since F9 ended its three-week reign atop the Chinese box office in the first week of June. Free Guy has also held well in the market this weekend.

Free Guy’s impressive holds in weeks two and three around the world have been a key talking point in the industry in the latter half of August. The film was a rare title this summer not offered up for video on demand release simultaneously with theatrical. Audiences appear to have responded accordingly. Across the top 12 global markets (excluding China) the average week two drop for Free Guy was just 24 percent. In week three, across the 10 of those markets to have played a third week on the title within August, the average drop was only 26 percent.