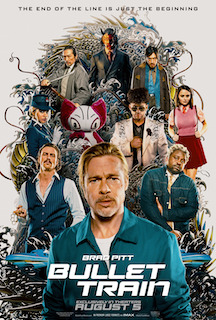 The worldwide launch of Bullet Train across 58 markets topped the global box office chart and many local ones this past weekend, but the continued success of local titles finding space in a quieter global release schedule grabbed the headlines, according to the latest report from the London-based analytics firm Gower Street. The report goes on to say that the challenge for exhibitors is how to sustain this momentum with an upcoming slate of films that don’t appear to be as strong as the summer films have proven to be.

Bullet Train saw a solid start with $62.4 million worldwide, including $30 million from a number one domestic opening, that should see it head into a similar ballpark to The Equalizer ($194.5 million worldwide). The recently released The Lost City ($190.8 million) also featured Brad Pitt and Sandra Bullock, with the size of their roles reversed or John Wick: Chapter Two ($171.5 million). However, with a reported $90 million budget Bullet Train was notably more expensive to produce than those three comparison titles.

Still there are major markets to come including South Korea and Italy at the end of the month and, potentially more importantly, Japan on September 1. Japan made its own headlines this weekend as the local anime One Piece Film: Red delivered a colossal $16.7 million two-day opening from 1.58 million admissions.

Not only was this the biggest debut for the long-running anime franchise but it also scored the second biggest two-day opening of all-time in Japan, second only to local recordholder Demon Slayer: Mugen Train ($31.8 million). It is therefore also the biggest ever opening for distributor Toei. Red is the 15th film in the One Piece Film franchise and the first since 2019’s One Piece Film: Stampede. Red beat Stampede’s opening by 180 percent and was even 64 percent ahead of 2012’s previous franchise best One Piece Film Z. 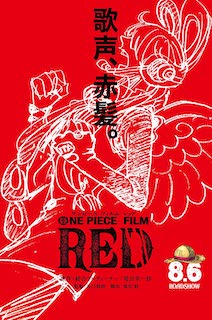 Elsewhere, Germany also joined the list of markets enjoying a strong local success with crime comedy Guglhupfgeshwader. The eighth film in a franchise starring Sebastian Bezzel and Simon Schwarz that started in 2013, Guglhupfgeshwader opened at number one with $2.71 million. The standard four-day weekend without previews delivered $2.37 million, the best opening of the franchise to date, beating the previous best (last year’s Kaiserschmarrndrama) by 21 percent. It also scored the biggest opening for a local film since the start of the pandemic.

Gower Street estimates that July’s global box office hit $3.37 billion, a new pandemic era single-month high surpassing October 2021’s $3.06 billion. July 2022 figures were 61 percent higher than for the same month in 2021 and just 17 percent shy of the average of the last three pre-pandemic years (2017-2019). This shows continued strong business from June, when business was 15 percent behind the pre-pandemic average. A broad audience demographic has been coming out for a wide variety of film titles.

As of August 6, global box office in 2022 stands at approximately $17.4 billion, tracking 64 percent ahead of 2021 at the same stage ($10.6 billion) and -33 percent behind the average of the last three pre-pandemic years (2017-2019), a deficit of just nearly -$8.4 billion. The domestic market remains -31 percent behind the three-year average, and the international market (exc. China) -29 percent behind the pre-pandemic average. China is -41 percent behind. The market share of global cinemas currently stands at 87.1 percent, a marginal week-on-week gain from 86.96 percent the previous week. China, and both the Asia Pacific (excluding China) and Latin America regions recorded small expansions.