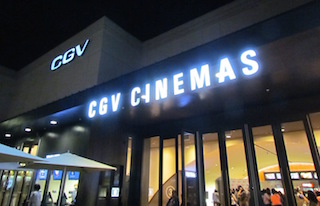 CGV Cinema Line, the largest multiplex cinema chain in Korea, plans to open thirty Dolby Cinema locations in China by the end of 2021.

“Our collaboration with CGV marks a significant milestone in expanding the Dolby Cinema presence in China with more than 140 sites now installed or committed,” said Frank Bryant, senior vice president, Dolby Cinema Business, Cinema Business Group, Dolby Laboratories. “We cannot wait to work with CGV, a like-minded partner, to bring the spectacular experience only Dolby Cinema can offer to more consumers in more cities across China with 30 new sites.”

“The total premium cinema experience delivered by Dolby Cinema is exactly what we are seeking to fulfill our customers’ increasing needs for best-in-class experiences,” said Kyungsoon Jang, president, CGV China. “In cooperation with Dolby Laboratories, we can provide our patrons with more diverse viewing experiences. We believe our patrons will come back again and again to get themselves fully immersed in the story.”

In a little more than a year, more than 60 movies have been released or confirmed to be released in Dolby Vision and Dolby Atmos for Dolby Cinema locations in China, including 16 Chinese local language titles.