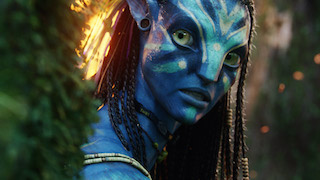 Christie has announced that James Cameron’s Lightstorm Entertainment has renewed an exclusive, five-year agreement with the company for sharing know-how and technology to propel the future of immersive cinema experiences. “To push the boundary of digital cinema, one needs visionary, like-minded collaborators and that description fits Christie to a tee, given its long cinema heritage and impressive list of industry ‘firsts’ in the projection and visual display realms,” said Cameron. “Several years ago we began our relationship, which has worked well, so I’m pleased to be forging ahead again with Christie at my side.”

Christie will equip Lightstorm with a variety of current and planned projection systems including the first of a new RGB laser projection series now under development – one that boasts much higher efficiencies than lasers utilized in current cinemas. The units will be spread across Cameron’s production facilities and come with 24/7 access to the Christie Network Operations Center, call center support, and replacement parts as per Christie’s warranty services to all exhibitors.

“Like attracts like and in addition to the latest in projection technologies, Christie is fully committed to sharing our ongoing research and development efforts, including product roadmaps, with our co-visionary, Lightstorm, so that its productions will repeat the awe-inspiring success of Avatar in the years to come,” said Jack Kline, chairman, president and CEO of all of Christie’s operating companies, worldwide. “Lightstorm, and indeed our global exhibitor community, are confident in Christie’s ability to deliver a complete cinema experience, encompassing all formats, frame rates and light levels, and this agreement is indicative of this confidence.”

Jon Landau, Academy Award-winning producer of Avatar and Titanic, noted that, “Just as we push innovation with our productions, Christie is continually pushing innovation with their projection technology.  Its advances in HDR development, epitomized by the co-development of the Dolby Vision projection solution with Dolby, means better in-theater experiences for audiences, which for exhibitors in turn means greater audience satisfaction and more repeat patrons.”

In exchange for knowledge sharing, equipment and services, Lightstorm will share with Christie its own findings into 3D, HFR and high-dynamic range enhancements, as well as formatting and color space requirements, for achieving the optimal viewing experience.  This knowledge in turn will aid Christie in creating market-leading projectors, media servers and tool kits for a variety of applications including cinema exhibition, location-based entertainment and post-production markets.

Several reports indicate that the sequel to Avatar will be released in December 2018.