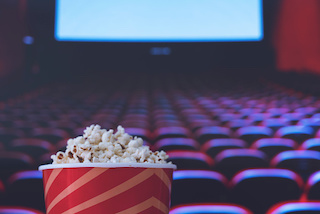 While exhibitors witnessed a dramatic ending to a dramatic year at the global box office, the market is still dealing with uncertainly as the new year begins. Last year saw challenges and triumphs and ultimately delivered an estimated Global Box Office of $21.4 billion. This is in line with the estimate of $21.6 billion which the London analytics firm Gower Street released in October. The year end was marked by concerns about the new Omicron Covid variant and witnessed re-closures in many countries. These included complete lockdowns in Austria (now re-open), Netherlands, Denmark, and Belgium (briefly, with the government u-turning on a re-closure policy just two days after they came in and following many cinemas defying the initial directive).

Canada’s two key box office provinces, Ontario and Quebec, are both now shut. Partial closures in many territories had reduced the market share of open theaters globally to 87 percent by year-end, having stood at 90 percent when Spider Man: No Way Home opened ahead of Christmas. This was before Ontario fully closed on January 5. However, the finale of 2021 also brought the year’s biggest box office hit. Spider Man: No Way Home broke pandemic-era, and in many cases all-time, records around the world following its release on December 15. The question now is, where does the motion picture industry go from here? 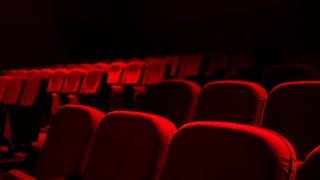 By December 26 it had crossed $1 billion globally, making it the first film since 2019 to do so. In doing so it also overtook China’s The Battle of Lake Changjin (As of January 2, Spider Man: No Way Home had grossed $1.38 billion making it the 12th highest-grossing film of all-time. However, the film has not released in China and taking that market out of the mix on other titles Spider Man: No Way Home would already rank number nine of all-time.

It launches in Japan this coming weekend. With global box office of $2.9 billion December was the second biggest month of the past two years, slightly behind October 2021’s $3.1 billion, however that had included a record Golden Week result in China. December brought in the biggest Domestic box office since December 2019 and the biggest International (excluding China) box office since January 2020.

China once again finished the year as the number one global market, but it was a year of ups and downs. Record results for Chinese New Year, May Labor Day, and October Golden Week holidays ensured the number one status. However, there were notable fallow periods in between, especially during the summer when an additional blackout on Hollywood imports and a disappointing result for local propaganda title 1921 (timed to mark the 100th anniversary of the Chinese Communist Party) squandered the gain China had already recorded over the pre-pandemic three-year average. 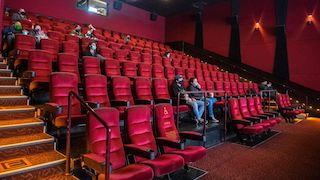 By late February China was tracking 21 percent ahead of the average of the three pre-pandemic years (2017-2019) but by years end this stood at -20 percent. This was exacerbated by the lack of Hollywood titles granted permissions to release in China in 2021. None of the four Marvel titles released globally in 2021 have received a release in China. The biggest import title of the year was F9 (aka Fast & Furious 9).

Gower Street estimates the year-end box office to break down as approximately: Domestic $4.5b billion, China $7.4 billion, International (exc. China) $9.5 billion. Within the international market this breaks down regionally as: EMEA $4.4 billion, Asia Pacific (exc. China) $4 billion, Latin America $1.1 billion. In total the year ended 76 percent ahead of 2020 and 48 percent behind the average of the three pre-pandemic years (2017-2019).

Everyone across our industry witnessed the devastating impact COVID-19 had around the world in 2020 and 2021. Its impact continues, though not with the same severity or consistency. Even so the ebb and flow of cases causes consternation among nervous distributors and resulting changes in the release calendar (as well as changes to distribution models) cause addition concerns for exhibition.