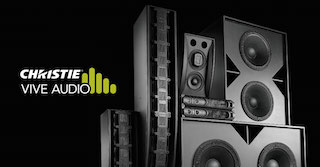 Movie theatres are getting bigger again and exhibitors have learned that audiences are willing to pay for the kind of immersive entertainment that simply can’t be duplicated in the typical home theatre. This trend has only increased the demand that the audio match, or even surpass, the quality of the images on the big screen. Cinema sound has never been bigger or more important. Understanding that, Digital Cinema Report reached out to key manufacturers to learn what developments in sound technology they’ll be highlighting when the exhibition industry gathers next month at CinemaCon 2016 in Las Vegas. In part three of this ongoing series, I spoke with Patrick Artiaga, director, business development, audio solutions, Christie Digital Systems to get his perspective.

Digital Cinema Report: In your view, what have been the biggest changes in cinema sound in the past decade?

Patrick Artiaga: In the history of cinema technology, there is always a pendulum swinging between picture and sound.  For the past 15 years, since the first digital cinema installations for Star Wars: Episode 1 in 1999, the pendulum has been weighted towards picture as the industry converted from 35mm to digital, and brought on new visual technologies such as 3D and laser illumination projection. During this era, cinema audio did not receive the same spotlight as the conversion from 35mm to digital, but it didn’t take a nap either.

Companies continued their R&D efforts to develop audio technologies that would take advantage of the new delivery structure digital cinema offered which no longer limited audio delivery by 35mm. Newcomers such as Barco introduced their multichannel format, Auro, while industry stalwarts such as Dolby Laboratories introduced object-based technologies such as Dolby Atmos.  As an industry we recognize that both picture and audio must maintain a technology balance that offers movie patrons the best motion picture experience possible.  Nowadays the pendulum is swinging evenly between picture and sound technology development and it is the responsibility of manufacturers and exhibition to implement both.

DCR: Do exhibitors in general appreciate the value of sound in movie theatres? Do their patrons? 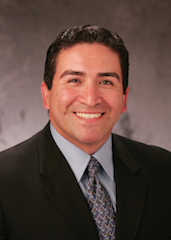 PA: George Lucas once said, “Sound is 50 percent of the movie going experience” and in 1983 the THX Certification Program and Theatre Alignment Program programs were established to assist exhibitors in matching the same post-production experience to their auditoriums. These guidelines in equipment performance, acoustics, and auditorium design ushered in a new era in theatre sound.  These advancements, which most theatres implemented and take for granted today, improved the status of sound in movies, and one that movie patrons expect.

Exhibitors must maintain a balance between picture and sound in their auditoriums. A stunning digital picture looks better when our ears match what our eyes see. So definitely, exhibitors have begun to appreciate the value of cinema sound systems more. And with this comes the challenge of reproducing the high dynamic range, post-production mixes prevalent in today’s releases. Given that many exhibitors’ sound systems were installed in a world of 35mm projection more than 10 years ago, their sound systems may not be able to do so. It’s one of the advantages of the Christie Vive Audio system that the family was designed in the digital cinema era with the objective of reproducing all the dynamic range a sound mixer provides.

PA: During the early stages of the Christie Vive Audio launch, we invited Ron Krueger II and Jack Wagner from Southern Theatres to our demo auditorium near the Christie Cypress California office.  During the demo, we played the Dolby Atmos Leaf trailer (https://www.youtube.com/watch?v=qJA2U-YMvkk) where at the end of the trailer the fallen leaf hits the pond of water, creating a ripple across the screen and flowing into the right surround channel where you can hear the subtle yet audible water crashing against rocks on the shore. Jack turned and said, “How come I don’t hear that in my auditorium?” Southern, which had recently installed a Dolby Atmos system with another manufacturer, wasn’t hearing those elements in the mix in their existing sound systems. Since that introduction, Southern has installed seven all Christie Vive Audio complexes to date, with several more planned for the remainder of the year, so that all of the elements of truly stunning mixes are heard, clear as crystal.

DCR: Are cinema sound standards necessary to advance the cause of better quality audio in movie theatres?

PA: Absolutely. Technology standards are vital to our industry, whether its picture or audio related. It’s important that when a movie is made it can be shown in Burbank, Berlin, or Beijing and the audience should have a similar presentation experience. The challenge is to ensure that standards do not stifle the creative process for the filmmaker. The creative community will continue to require new tools to present their story and its our responsibility to help them achieve it and help exhibition fulfill it.

DCR: What sound systems are you highlighting or launching at CinemaCon 2016?

PA: At CinemaCon, Christie is introducing its next model of its Vive Audio product line called the

LS Series (Line Source). In 2013, we introduced our LA Series (Line Array) as our premium solution designed for the playback requirements of immersive audio. Our LS Series is design for traditional 5.1/7.1 distributed surround playback, and at times can be used for immersive applications, depending on the auditorium design. Similar to the technological advancements made with our ribbon driver technology introduced with our earlier LA Series, we’ve also developed ribbon driver technology for the LS Series implementation, providing SMPTE performance requirements and timber matching between screen and surround channels that is not found in competing systems.