Cinema Standards – Who Gets to Decide? 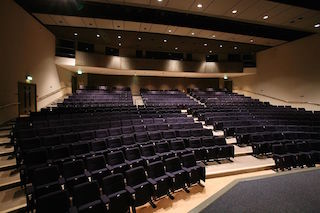 In the global business of motion picture exhibition the importance of the Digital Cinema Initiative can’t be overstated. It’s entirely possible that the digital cinema transition would not have happened without DCI. What was true more than a decade ago is true today: technology that doesn’t get its seal of approval can’t be used to distribute or show a Hollywood movie. But times have changed and so have the demands of the marketplace. Fifteen years ago, it made perfect sense to have the DCI – a de facto arm of the major Hollywood studios – dictate what technology was favored over another because the studios were funding the transition. However, as the virtual print fee agreements fade into history, manufacturers and exhibitors are on their own financially. Which leaves us with this: everyone agrees that cinema standards are important. The question, in 2019 is, who gets to decide?

The Society of Motion Picture and Television Engineers, however, is qualified under ANSI, and has standards that specifically target cinema. However, only a small number of SMPTE standards are specified by DCI. For example, DCI does not specify the format for how 3D movies are distributed and is completely silent on closed caption distribution formats and inter-connectivity.

The International Organization for Standards also publishes standards that target cinema, but these are largely identical to SMPTE documents, which SMPTE submits to ISO. The distinction of publication through ISO is that it confers international status. 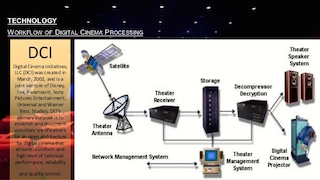 There are several forces at play in the global cinema business and all of them point to a short term future that promises to be challenging at best and could well turn into chaos. Much of the current controversy and confusion seems to center around the issue of bringing movies in HDR to the big screen. Three stand out in particular.

First there is the competition that movie studios and exhibitors continue to face from Netflix, Amazon and other content providers. Second, there is the rising importance of China as a key player in all things movie related. Third, and perhaps most critical at the moment is the introduction of the LED screen.

Samsung has been the key player in bringing LED screens to market but Sony has entered the market and there is widespread speculation that other companies will as well, perhaps as soon as at CinemaCon 2019 in Las Vegas next month. 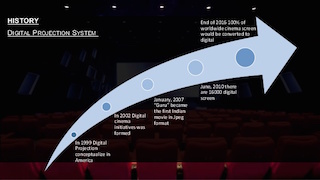 I found getting anyone to comment for the record about the issue of standards to be very difficult. Most of the people I approached politely declined. This is understandable given the power that the DCI wields over manufacturers. As for DCI itself, I reached out to them five times and was finally told by email that the organization doesn’t respond to press inquiries.

One who would speak is industry consultant Michael Karagosian who was technical advisor to the National Association of Theatre Owners during the digital cinema transition. Regarding the three issues noted above, Karagosian had this to say: “Netflix is now in the tent as a member of Motion Picture Association of America. To date, it is the only MPAA member that is not also a member of DCI. How long will that last and what would Netflix do in DCI?”

As for LED screens, he said, “To me, the biggest risk with LED is that DCI will do more than recommend a spec.  If it tries to actually regulate the display market, there will be push back from many sectors, including China.” 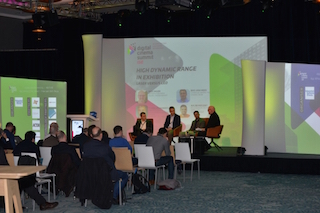 Finally, regarding China, the single biggest issue impacting the global cinema market, Karagosian said, “All LED production comes out of China, no matter where the head office is. There will be a point where Chinese LED display manufacturers develop directly for the cinema market in China, and it’s unlikely they’ll accept limitations from DCI. Once Chinese exhibitors go in a different direction, it won’t take long before exhibitors in other countries follow. The question is will DCI accelerate this move by creating a new restrictive spec for LED, or will the studios work to mitigate a split by either limiting DCI or opening it up to outsiders?”

Cinema technology manufacturers have their own, very practical concerns about these issues.

These issues took center stage last February when I hosted the Digital Cinema Summit at the annual Integrated Systems Europe convention in Amsterdam. One of the panel discussions we held that day was entitled High Dynamic Range in Exhibition – Laser versus LED.

During our conversation Najib Riegert, technical director, EclairColor HDR, had several insights regarding DCI’s latest proposals: “The [DCI] HDR specification in the draft is too based on LED emissive screen. Five hundred nits have to be achieved on the whole screen, but even [current] reference OLED HDR broadcast monitors can’t do it. The calibration point (peak white) has to be defined considering a small portion of the screen to include projection systems.”

Riegert asked, “Where is extended dynamic range? Where are current and future high contrast laser-based DLP and SXRD? A movie graded on a 2000:1 typical digital projector won’t look the same on a 10 000:1 new generation digital projector. That’s why we need EDR content graded on EDR displays to respect artistic intention.”

Riegert concluded, “There are 370-plus EDR theatres in the world and 250-plus EDR movies remastered for EclairColor and DolbyCinema that have to be considered. What about the distribution of SDR/EDR/HDR content? We need smart systems to read dynamic metadata or we need a smart DCP to deliver all the versions. The [proposals in the DCI] draft [don’t do] enough to respond to the multi-version problem.”