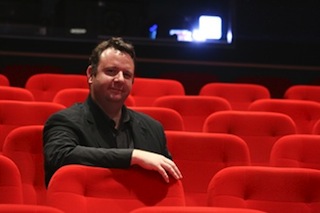 Cinemark has selected Barco to deploy its immersive cinema sound solution, Auro 11.1, in more than 150 premium Extreme Digital (XD) digital cinema screens worldwide. Cinemark will begin the worldwide deployment this year in all of its “tier one” markets, starting with North America.

“The Auro creative toolset provides the authoring capabilities for studios to create both channel- and object-based sound masters for movies, so they’re not locked into one sound platform or playback system,” said Brian Claypool, senior director strategic business development entertainment for Barco. “Furthermore, the open standards nature of how we create and play back our immersive soundtracks enable a single inventory distribution, allowing the studios to easily create one single distribution master that can be played on any legacy or immersive audio system.”

Cinemark sees immersive cinema audio as the logical next step for its XD auditoriums. After extensive technical evaluation, cost analysis and “blind” audience testing of the leading immersive sound technologies conducted at its Cinemark XD auditorium in Plano, Texas, Cinemark’s test audiences overwhelmingly chose Auro 11.1 as their preferred immresive sound system. Cinemark’s management wasted no time in securing a commitment with Barco to deploy Auro 11.1 in all of its current and planned XD auditoriums.

“After independently testing both commercially available immersive cinema sound solutions, it became abundantly clear that Auro 11.1 provides the best complement to the Cinemark XD experience. We firmly believe that the fullness and richness of Auro’s height layer, coupled with the discreetness of the future and open standard object-based capabilities supported by Auro, will make for the best movie going experience possible,” said Damian Wardle, vice president of worldwide theatres technology and presentation at Cinemark. “It’s backward and forward compatibility with existing cinema audio systems, in addition to the ease and economy regarding both implementation and operation, are also critical elements.”

Cinemark has historically been a strong supporter of innovation, while at the same time, cautioning against overly proprietary or incompatible digital formats that could hinder the ability of all stakeholders to easily and affordably adopt new technologies. Cinemark’s commitment to Barco and the Auro sound format will help drive adoption of the “open format” approach to playing back immersive cinema sound, protecting exhibitor’s freedom of platform choice and ensuring their ability to play any movie regardless of the authoring system used to create it.

Barco and Cinemark are working together to address concerns expressed by the National Association of Theatre Owners and the Union Internationale des Cinémas in their recent statement announcing cinema exhibitor requirements for immersive sound technologies. By enabling playback of immersive soundtracks produced using toolsets based on open standards on its screens, Cinemark hopes to serve as a model for this approach to foster greater competition and ultimately facilitate quicker implementation in the marketplace.