Cinemobiel: Movies on the Road 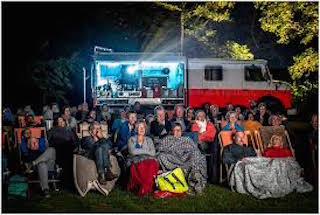 As movie lovers cope with the challenges of quarantining, entrepreneurs around the world have experimented with an almost endless number of variations of drive-in and pop-up theatres. No one knows if this is a trend that will sustain itself or a fad that will fade away once the pandemic has ended. But I thought it would make sense to get some perspective about what’s involved in that kind of business from the people at Cinemobiel in Belgium, a group of friends who, for the past 20 years, have been presenting movies from a fire truck in towns all across their country. Which is why I spoke, via email, with Simon Verschelde, Cinemobiel’s only fulltime employee.

Digital Cinema Report: According to your website you began with something called the Cinematiek Filmkelder, which I believe translates into Cinema Basement. How did that come about and who was involved?

Simon Verschelde: My grandfather used to travel a lot. So when he was away without him knowing we used to get his huge TV and take it down to the basement where we organized movie nights for friends. We painted the place, put in carpets, lights, seats and a bar. And it was the coziest place. Later we could use a space above a local pub so we could host more people and not only just friends.

DCR: How many of the same people are still involved and what are their roles?

SV: The Cinemobiel started a few years after that and the five original members are still active in the organization. We are about 15 volunteers now. It’s really important to stress that it can only exist because of this great group of people who are also friends and go way back. Going on a projection is like a night out for us. A lot of us work or worked in the audiovisual and cinema world so we have lot of experience in our ranks. Our ages range from 25 to 45 years. Men and women.

DCR: Your next phase, as I understand it, was about ten years ago and happened because of what you’ve called a Golden Opportunity. What was that? 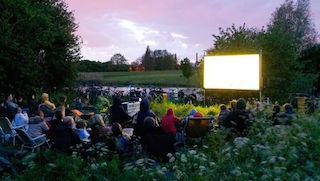 SV: When we had our little cinema above the pub, there was an idea contest called De Gouden Kans (The Golden Opportunity). You could win 25,000€ for the realization of your idea. We were selected and finally one of the winners. Our idea was to build a mobile cinema and travel around the country with it, which we are doing for 20 years now.

DCR: For the past decade or so, you have provided roughly forty open-air screenings a year. What have been some of the most memorable ones?

SV: We are celebrating our 20th anniversary this year. We have had a lot of good memories and beautiful nights. We did a series of drive-ins in the city of Ghent with our good friends of CirQ.be. They always spice things up: a stuntman driving through a caravan or a piano falling from an eight story building in the intermission. Crazy stuff. And once we just had two visitors at a truly beautiful location in the city-center of Brussels. Or one time when the organizer forgot to clear the parking lot where the screening was to take place and we had to go home.

DCR: How are you funded?

SV: We are self-funded. The 25,000€ of the start got us on the way and we didn’t have to put personal money in it. Everybody else has another job except me. 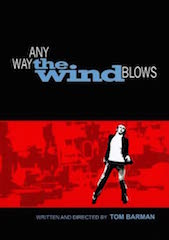 DCR: What do you typically charge people who attend your screenings?

SV: We almost exclusively work for end-customers in the social and cultural world. They pay us, but most of the screenings are for free.

SV: But mostly we play Blu-ray’s.

DCR: What movies have proven to be the most popular?

SV: Belgian comedies seem to do best. I remember a whole square laughing out loud in Kortrijk when we screened Rien A Declarer with Danny Boon & Benoit Poelvoorde.

DCR: Your ”projection booth” is a 1982 Mercedes fire truck. How did that come about?

SV: It’s actually our second fire truck. We already went through one.  Fire trucks are very well looked after, sturdy and reasonably priced. And they look rather fantastic. So that’s a lot of plusses.

DCR: What technology are you currently using and how has that changed over the years? 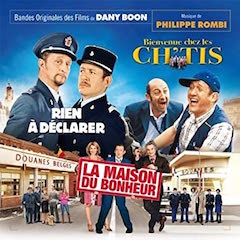 SV: We used to do 35mm 20 years ago and even VHS-tapes. That was a real hassle. Fragile, expensive, and we had to get it from 100 kilometers [away] in Brussels. Blu-ray helped us a lot. And the quality is okay. It’s not top-notch. Our projector is a Barco FLM HD Flex. A lot of light and it’s compact and sturdy. For our sound we use L Acoustics and that makes a huge difference.

DCR: Is it true that you typically project onto an inflatable weatherproof screen? Describe that.

SV: We used to use screens in truss-constructions. But since we used the air screens we can work much safer, so we stick to that, and it’s more manageable. You lay out the screen, put the weights or anchor points in place and let the blower do its work.

SV: Thomas from Thelooca (http://www.thelooca.be), a member of our team, has specialized in video mapping. So when the projectors were not used he could test and play with the projectors. He has done a lot of stuff. One of the last things was a pinball machine on a huge building so people could play it with real buttons.  We also made shrubbery come to life once for the kids. 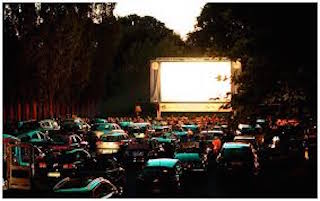 DCR: What steps are you taking these days in the wake of the pandemic?

SV: It’s all quite unclear. We are trying to switch the booked projections to drive-ins so that might save the summer.  We also have a bicycle cinema one of several side projects of our organization. So possibly we will also be doing very small screenings for 30-100 people. From the moment we get a green light.  We like bicycles better than cars actually.

DCR: Many exhibitors and others are looking at drive-in theatres as a way to maintain their connection with their customers until it is safe to return to indoor theatres. What advice can you give to anyone exploring the idea of starting a pop-up drive-in theatre?

SV: Make sure you have booster cables! And some transistor radios. Some newer cars don’t do well in drive-ins. Also get some radio guys to do the entertainment before, during and after the movies. Try to make it more than just going to the movies in a car.