Cinionic: Coming Soon to a Movie Theatre Near You 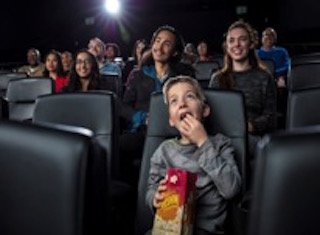 After months of speculation, there is now an official name for Barco’s joint venture with Appotronix and China Film Company announced late last year: Cinionic. The company will focus on a combination of innovative cinema solutions, flexible financing and a comprehensive service model enabling exhibitors to focus on engagement with their moviegoers while simplifying their technology and operations.

The new company name is a combination of cinema and ionic, and defined as the coming together of forces to create energy in the cinema industry. A logo icon complementing the new name features a colorful continuous wheel representing movement and energy. The color wheel not only represents diversity, but also the brand colors of the three founding partners.

Barco will be the exclusive OEM partner for all projection and image processing technologies in the joint venture. Appotronix will provide laser technology and retrofit solutions while China Film Company will contribute products and services for premium large format screens.

Wim Buyens, general manager of Barco’s Entertainment division for the past seven years, was named CEO of the joint venture. 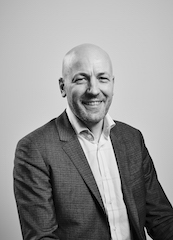 I recently spoke with Buyens about the new company and his new role. He noted that Barco has been making projectors for other markets for a very long time and was one of the pioneers of the digital cinema projection business. He stressed, further, that Barco will continue to make innovative technology and to support what it sells.

But he said the business is evolving and Cinionic intends to play a key role in that evolution. He called it, “taking care of the technology for the future.”

“This is an exciting market,” Buyens said. “Today the whole market is digital and, more than ever before, the moviegoer is looking for an exciting experience.”

After speaking with exhibitors around the world he said they shared several concerns about the future. Two for Buyens stood out: exhibitors need to be profitable and they need to attract more people to the cinema. In many ways, developing new technology is the easy part, he suggested, adding that it only part of the challenge. The key part, he said, is, “how can we make it more affordable?”

With that in mind, I asked Buyens if Cinionic had any plans to introduce LED cinema screens any time soon. He noted that Barco has been making and selling LED screens in many markets for more than a decade. “If [the cinema] market wants LED screens, we will compete. But the economics, for me, today are challenging.”

Buyens is excited both about his new role at Cinionic and about exhibition’s future. He sees a huge potential for growth and predicted that the global market will reach 200,000 cinema screens in the coming years. For him the reason is simple: “Movies and movie theatres remain a good way to get entertainment.”