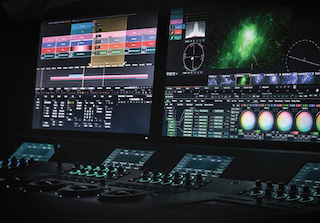 Cognition director of operations David Hollingsworth said that Mistika is an ideal choice for the facility, and its approach to feature film finishing which places a premium on creative flexibility. Hollingsworth is intimately familiar with Mistika technology having collaborated with SGO on the development of the system since 2011 when he was head of picture/senior colorist at Park Road Post Production in Wellington, New Zealand. Mistika was used at Park Road Post Production to finish the high-frame-rate epic movie The Hobbit Trilogy directed by Peter Jackson.

“After five years of collaborating with SGO and their development team I am more confident than ever that Mistika is the best complete finishing tool in film and broadcast,” Hollingsworth said. “At Cognition our goal is to give our clients the greatest flexibility during the finishing process to produce the highest quality results. Recent additions to Mistika software including fully translatable AAF functionality and fantastic new EXR tools prove that SGO is staying ahead of the curve.” 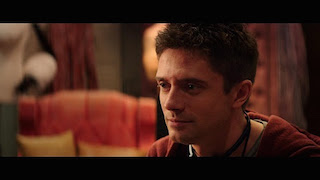 Eaves described the grading process as very collaborative. “Mistika allowed me to create different versions of the grade and made it very easy to keep them organized using the system’s grade history function and by creating different nodes for each pass,” Eaves said. “Mistika’s very robust FX toolset, which includes de-noise and grain FX functions, allowed me to integrate the look and feel of footage shot on different cameras with uniform consistency. The best thing about Mistika is that it allows me to concentrate on the creative without worrying about tools.”

Rentz called the DI work at Cognition a great experience. “The process was collaborative and fluid,” he noted. “That was true for straight color work as well as for more complex window work and de-noise and re-grain processing. Everything we asked for was easily achieved. Mistika was interactive and powerful. We have nothing but good things to say about the process and are very happy with the results.”

Cognition’s Mistika systems will be integrated into its two new grading theaters, whose construction will be completed this fall. The theaters will also feature 4K Barco digital cinema projectors and a variety of sophisticated support gear. “Cognition’s investment in Mistika is evidence of its forward-thinking approach,” said SGO director of global sales and operations Geoff Mills. “It is reassuring to see a Los Angeles facility that appreciates how SGO technology can be a differentiator in a competitive market.”