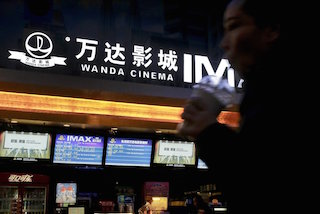 The motion picture business in China is one of, if not, the fastest growing in the world. By one estimate, there were some 31,000 screens in China by the end of 2015 and that number is expected to exceed 40,000 by the end of this year. Not surprisingly, a number of digital cinema technology companies have announced major Chinese sales in the past few months. Perhaps no company has enjoyed more success in China to date than Dolby. I recently spoke with Doug Darrow, senior vice president, cinema, Dolby Laboratories, about their success and the Chinese market in general.

Digital Cinema Report: Wanda Cinema, in particular, has embraced Dolby Cinema. How many Dolby Cinema theatres are there in China to date? How many more commitments do you currently have? How many of those are in North America, China and other countries?

Doug Darrow: Assessing the number of screens in China that have deployed Dolby technology is vast and wide. Although we can’t place a specific screen count, what we can tell you is for our newest initiative, Dolby and Wanda Cinema Line plan to open 100 Dolby Cinema locations in China in the next two years, with the first locations already open in Dalian, Changchun, Chongqing and Jinan. Wanda Cinema Line plan to expand the number of operating Dolby Cinema sites in China to ten by December 2016. Additional cities slated for Dolby Cinema, include Beijing and Chengdu. In addition, Dolby and Jackie Chan Cinema recently opened in Beijing Wukesong. Following the opening of its first site at Jackie Chan Cinema, Sparkle Roll plans to open 10 additional Dolby Cinema sites in China within the next two years.

In just over a year, more than 200 Dolby Cinema sites have been installed or committed to across the globe. The growing expansion of Dolby Cinema includes AMC’s commitment to open 50 Dolby Cinema at AMC locations by end of 2016 and 100 by 2017 in the US, with 23 locations already open. In Europe, VUE Cinemas (formally JT Bioscopen) opened two locations in the Netherlands (Eindhoven and Hilversum) with Cinesa deploying Dolby Cinema in Spain (Barcelona). In addition, Cineplexx, plans to add six locations in Austria with the first two currently opened in Linz and Salzburg. Dolby Cinema has 33 screens online to date. 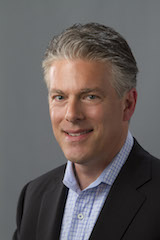 DCR: How many Chinese screens currently use at least some Dolby Cinema technology?

DCR: How is the creative community in China responding to working in Dolby Atmos and Dolby Vision?

DCR: How many films to date worldwide have implemented Dolby Atmos? Same question for Dolby Vision.

DCR: How many of those films were made in North America, China and other countries?

DD: More than 40 Dolby Atmos titles have been made in China with nearly 200 Dolby Atmos coming from North America with the makeup of the other 490 coming from other countries around the world.

For Dolby Vision titles, 49 titles are from North America with one title, For A Few Bullets, being the first Chinese local language film graded in Dolby Vision and mixed in Dolby Atmos for Dolby Cinema.