The Cooke Look for Power Book 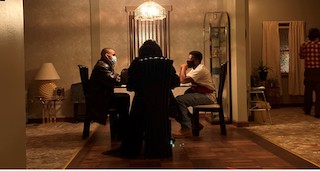 In the 1990s, almost every cinematographer in New York was using Cooke Optics S4/i lenses for commercials, music videos, and independent features, this according to Aaron Medick, one of the cinematographers on Power Book III: Raising Kanan. He became lead DP in the second season for Power Book II: Ghost after starting as B camera/Steadicam operator and moving up to DP for Power, which launched the franchise for cable and streaming service Starz. And it should come as no surprise that many of the DPs on the franchise come from New York, including Power lead DP Tim Ives, ASC who also shot the pilot.

“Tim Ives is an amazing cinematographer. He gifted all of the Power DPs that followed him the Cooke Look,” explains Medick. “It’s what we were all shooting with in New York. We all loved the size, the look with its warmth, softness, and great skin tones. That’s how the S4 became the lens for Power. But for Power Book III: Raising Kanan, we were going to be shooting in a larger format, so it was natural for pilot DP David Franco to go for the S4/i’s bigger brother for large formats, the S7/I Full Frame Plus. Especially considering that Raising Kanan is a prequel that takes place in South Jamaica, Queens in New York during the early 1990s. The S7/i gives us that same 1990s look we would get from the S4/is back in the day.” 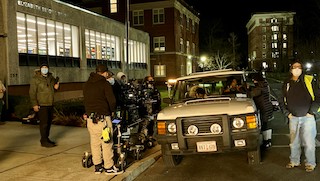 “We are all a really big family that moves around a lot in the Power franchise, said Medick. “I started as a B cam operator on Power, by the third season I was A cam, and by season five I was bumped to DP.”

That parallels Hernán Otaño, one of the DPs for Power, who got his first directing gig during season four with David Franco stepping into the DP slot. In Power season five, Otaño and Medick started working as director and DP together and have since shot five episodes in the Power-verse.

Shot using one set of Cooke S7/i, with different Raising Kanan episodes using different focal lengths, on two Sony Venice at 5.7K, there are times when the S4/i would make a guest appearance. 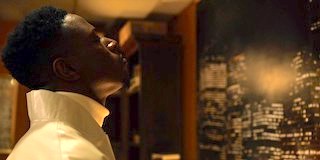 Each series has a specific look, according to Medick. “Power is current time with a more saturated and hyper real look to show off the wealth of the city’s elite,” he says. “Ghost continues on that theme, but with a younger feel as Ghost’s son goes off to college. But Raising Kanan is a throwback that stays true to the feel of the early 1990s.”

“It’s always about the image. Creatively, shooting for the look of the 1990s is freeing,” says Medick. “There’s all the mixed color temps. I have full control to give viewers that subconscious familiarity with a nostalgic look we’ve all seen from music videos and films of that era. I mix all the light sources: green fluorescents on a face, using old bulbs – hoping the dying bulb makes it through the scene. Plus, we have LED technology to help embrace and recreate all the mistakes that we now use in beautiful ways. Add in complementary colors from wardrobe and makeup with African American skin to fold the light into, and it’s just great. It really feels like that time and era.”

Medick doesn’t have any specific “go to” lens, but finds he uses the 40mm most often due to the large format. It’s similar to a 32mm in Super 35 for handheld use. “I like the feel of being up close for singles,” he says. “It’s long enough so it’s not distorted. The 32 and 40 from Cooke are nice for that.”

All three series in the Power franchise are available on Starz. Power Book III: Raising Kanan and Power Book II: Ghost are also continuing production, with seasons one and two, respectively.