The Dawn of Native 3D 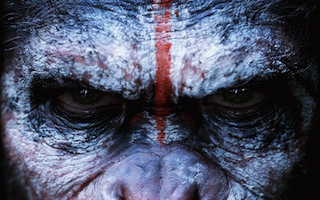 The 2011 Rise of the Planet of the Apes unleashed a cross-species thriller and, on July 11, the sequel, Dawn of the Planet of the Apes, directed by Matt Reeves and shot by cinematographer Michael Seresin will debut in U.S. theatres. Although most 3D movies currently are shot in 2D and converted to 3D in post-production, this movie was shot in native 3D. Seresin, who also shot a significant portion of Gravity, faced his first experience shooting native 3D. Although he doesn’t consider himself a “technical cinematographer,” Seresin felt confident. “Lighting, composition, and camera moves is what I like,” he says.

Early on, Reeves sent Seresin 100 to 150 images of photos, paintings and films, to describe the moody, underlit look he was after. “So the discussion started at an advanced level,” says Seresin, who also shot a series of 3D tests. “He wanted to sustain a 2D aesthetic and use 3D for its full dramatic use. We keep it subtle, low-keyed and then, bang, use it like a character in the drama.”

Based on advice from Arri Media’s then head of digital and 3D Bill Lovell in London, Seresin contacted client relationship manager Zoe Borys at the Chicago-headquartered camera rental/sales house Fletcher. “Michael and I started an email correspondence,” says Borys. “He told me he didn’t want to get bogged down by the technology. I said, whatever is the right way to tell your story, I can facilitate it.”

Seresin already knew he wanted to shoot with the Arri Alexa M. “I went to Camerimage and shot tests on the Alexa M and Arri brought the M for us to look at on Gravity.” As a smaller version of the flagship Alexa, the Alexa M was ideal for the production’s 3D rigs. With up to four rigs in use in the production, Fletcher provided eight cameras.

Choosing a 3D rig was also crucial and, after looking at what was available, Seresin chose 3ality Technica’s TS-35 rigs with the company’s Stereo Imagery Processor. He also picked Leica lenses. “The Leicas have a cinematic look and they’re incredibly constant,” he says. “The two lenses on each rig have to match, not just in terms of color resolution but in millimeters. My 1st AC Alan Disler said he’d done a 3D movie where they went through 50 lenses to find one set. I had up to eight Leicas and only went through 12 sets, which was pretty amazing.”

For recording, he picked Codex. “The production ended up with between 30 and 35 Codex drives,” says Borys, who added that the production worked closely with FotoKem to make sure the footage was a “go” before the drives were wiped clean and sent back into the field. 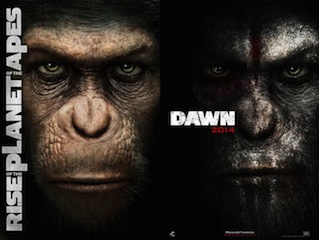 Seresin says, “The Arri M and 3ality rig worked well together. The Leica lenses were brilliant, and I like the Codex system. Codex works closely with Arri, so it’s all well integrated.” Fletcher also sent director of engineering Mike Sippel to make sure the workflow went smoothly. “He was absolutely brilliant,” says Seresin. “It was a more personal service, working with people I trusted rather than a corporation.”

The movie shot on location in Vancouver and New Orleans, where the weather conditions proved to be a challenge; Vancouver, where they shot in a forest preserve, was rainy and muddy and New Orleans, at an abandoned 6 Flags Park, was hot and humid. “In Vancouver, the fiber tethering the cameras to the processors got full of mud,” says Borys. “It wasn’t an ideal set-up for native 3D shooting.”

Seresin says “the sheer bulk of the cameras and rigs” was also daunting: “It was like a Sputnik with 50 cables. One great thing about shooting on location is that it makes you more imaginative. We also did a bit on Steadicam – it weighed 80 pounds – but shooting in native 3D didn’t prevent us from doing anything we wanted.”

Making the light consistent in the two very different locations was also a challenge. “New Orleans has tropical light, and Vancouver is more like San Francisco,” says Seresin. “We sustained the aesthetic set up in Vancouver throughout the movie.”

“Visualizing the dramatic CG images that would be part of what we filmed was also a challenge. In one sequence in the Human Colony, the production designer, James Chinlund, designed a city block with roads in New Orleans that was meant to be a ruin in San Francisco,” says Seresin. “The buildings were three stories and we had to keep reminding ourselves that there would be 70 to 80 stories above it.”

In the end, the production went more smoothly than anyone could have predicted. “We finished the film on time and on budget,” says Seresin. “It was a tough but enjoyable job. We were lucky shooting in horrendous circumstances. Most of it comes down to relationships with people – and everyone was brilliant, from Arri and 3ality to Fletcher, Leica and Codex.”

“With the complexity of digital 3D, capturing the image is a more appropriate way to describe what we did than photographing,” he adds. “It’s not a bad thing but it is a reality. If it’s 2D, 3D or 48D, we’re still telling a story with lights and composition and camera moves as seen through a lens.”