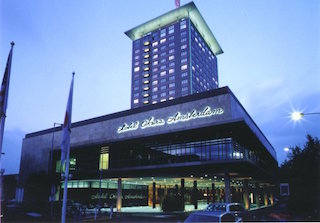 The ISE Digital Cinema Summit convenes Wednesday, February 12 at the Okura Hotel in Amsterdam the Netherlands. The central question of the event is: where do movies and movie theatres fit in the 21st century? The theme of the half-day event is The Changing Cineplex. During the event we will highlight how advances in digital cinema technology are reshaping movie theatres and the entire movie-going experience. Digital Cinema Report readers can get thirty percent off the registration fee by using this code: DCS 419882. The Summit will examine not just how movie theatres around the world operate but the challenges they face, the opportunities now available to them and the growing range of content they can now offer to their customers. With a special focus on Europe, leading digital cinema experts from around the world will discuss those changes as well as new developments just on the horizon.

Nick Dager, editor and publisher of Digital Cinema Report, and the Summit’s content chairman, will moderate the event.

The Summit will open with a market overview presented by David Hancock, director of research and analysis for IHS Markit and Jan Runge, independent advisor, cinema strategy and implementation.

They will be followed by a series of panel discussions.

The first panel – Are Movies Still the Focus of the Cineplex? – will examine the dramatic changes taking place in movie theatre design and function. The most dramatic recent change has been the introduction of dynamic seating, which greatly resembles an amusement park ride. In addition, outside the main auditorium, technologies such as augmented reality and virtual reality are competing with feature films for the audience’s attention.

The second panel – Streaming and its Impact on Movie Theatres – will consider the growing impact that streaming companies are having on movie theatres. There was an effort last year to bring at least 30 percent of EU-originated content to Netflix and Amazon. How should theatre owners respond? Meanwhile, companies such as Barcelona’s Bel Air Cinema now offer first-run movies to homeowners willing to pay several thousand dollars per title for the privilege. What is the future of that market and how will it impact mainstream cinema?

The third panel – Cinema Advertising and Event Cinema – will examine the ways that new technology is creating new revenue streams for movie owners. These include cinema advertising, event cinema, gaming and eSports. These unique businesses continue to grow all across Europe. The advantage movie theatres have in all these cases is that the experience is so much better than anything available in the home. What does this mean for theatre owners, for Hollywood and, for consumers?

Following their discussion German manufacturer Lang, a sponsor of the event, will give a presentation about new approaches to preventing fires in LED displays. Presenters will include Tobias Lang, Lang AG, Reiko Eichhorn, JoB, Tobias Würth, Exact Solution, and N.N., Media Frankfurt.

The Summit will conclude with a networking cocktail reception for all attendees.

Visit the ISE Digital Cinema Summit website for more information about the event and to register to attend https://digitalcinemasummit.org/