Dolby Atmos Heard all over Sundance 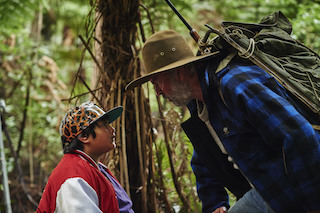 This fellowship provides a range of post-production resources to allow the recipients to fulfill the creative potential of their films’ soundtracks. Chosen for their creative and unique soundscapes and sound-design potential, Swiss Army Man and Hunt for the Wilderpeople will premiere at the 2016 Sundance Film Festival at the Eccles Theatre in Dolby Atmos on January 22.

Concurrently, as part of the 10th anniversary of New Frontier at the Sundance Film Festival, audiences will experience two virtual reality pieces over headphones, featuring the immersive sound of Dolby Atmos for virtual reality technology. Collisions, directed by award-winning Australian filmmaker and renowned artist Lynette Wallworth, who returns with her third project at Sundance as the first filmmaker to be part of the Jaunt/Sundance Cinematic VR Residency Program, will play throughout the festival. Also featured is Perspective; Chapter 2: The Misdemeanor, created by artists Rose Troche and Morris May, with Specular Theory, the newest VR collaborator with Dolby. The New Frontier category showcases the intersection of storytelling and technology in many media forms, including cinematic virtual reality.

The world premieres of Swiss Army Man and Hunt for the Wilderpeople will be presented in Dolby Atmos at the Eccles Theatre at 3:30 p.m. and 9:30 p.m., respectively, on January 22. Since the 2015 Sundance Film Festival, the Eccles Theatre has been permanently outfitted with Dolby Atmos, an award-winning technology that breathes life into storytelling by allowing filmmakers the creative freedom to easily arrange sounds anywhere in the movie theatre and creating the most engaging cinema sound experience. 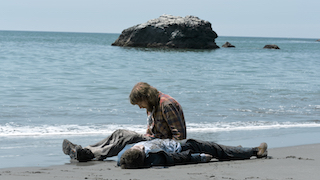 In Swiss Army Man, alone on a tiny deserted island, Hank (Paul Dano) has given up all hope of ever making it home again. But one day everything changes when a dead body (Daniel Radcliffe) washes ashore, and he soon realizes it may be his last opportunity to escape certain death. After befriending the corpse and gradually discovering its special powers, the duo goes on an epic adventure to bring Hank back to the woman of his dreams. Music video gurus Daniels, a.k.a. Daniel Scheinert and Daniel Kwan, craft a wholly original debut feature bursting with limitless creativity both in content and form. Their consistently surprising script spans a wide range of emotions: from the ridiculously absurd to a touching exploration of what it means to be human. Given what are likely to be some of the most unique roles of their acting careers, co-leads Paul Dano and Daniel Radcliffe give their all to a movie musical that celebrates the wonder that cinema offers.

“As our first time mixing a film in Dolby Atmos, we were instantly amazed and drawn to the technology—it really brings our movie to life in a way we never thought possible,” said the Daniels, co-directors and writers of Swiss Army Man. “A big part of this film is being inside our characters’ heads—experiencing life through their eyes and ears—and Dolby Atmos is helping us take the audience on that journey.”

Hunt for the Wilderpeople, written and directed by Taika Waititi (co-writer and co-director of last year’s smash hit comedy What We Do in the Shadows), stars Sam Neill (Jurassic Park) and breakout Julian Dennison (Paper Planes). The film tells the story of Ricky (Dennison), a defiant young city kid, who finds himself on the run with his cantankerous foster uncle (Neill) in the wild New Zealand bush. A national manhunt ensues, and the two are forced to put aside their differences and work together to survive in this heartwarming adventure comedy. 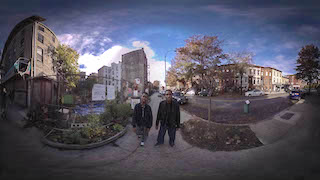 “I’m excited and humbled that Sundance Institute and Dolby have chosen Hunt for the Wilderpeople for this incredible opportunity,” said writer-director Taika Waititi. “This fellowship will help the soundscape of the New Zealand bush—a character in the film—come alive in a major way and take the film to the next level. We are thrilled to debut it at the Festival.”

“Swiss Army Man and Hunt for the Wilderpeople are two of the most wildly original movies we’ve seen that have amazing potential for creative sound and music—we think they will certainly be the talk of the Sundance Film Festival this year,” said Glenn Kiser, director, Dolby Institute, Dolby Laboratories. “The originality of these filmmakers’ visions has creatively stretched the Dolby Atmos format. Audiences are going to take a wild ride with both these movies.” 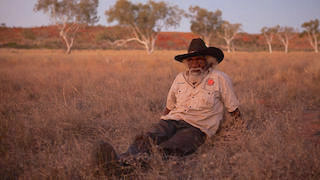 In addition, Dolby will host two panel discussions for creatives at the New Frontier Gateway at this year’s Sundance Film Festival. The Immersive Sound for Virtual Reality panel on January 24 at 3:00 p.m. will feature the creators of the VR experience Perspective; Chapter 2: Misdemeanor, Rose Troche, Morris May, and their sound designer Tim Gedemer, in addition to Miles Perkins from Jaunt, who will be representing Collisions.

The panelists will discuss techniques and concepts for maximizing the impact of immersive audio in VR movies. Joel Susal, Director of Virtual and Augmented Reality, Dolby Laboratories, will moderate the discussion.

On January 28 at 3:00 p.m., the panel Using Sound to Tell Your Story: Swiss Army Man Case Study will feature Swiss Army Man filmmakers Daniel Kwan and Daniel Scheinert, along with sound designer and mixer Brent Kiser. With clips from the film, panelists will discuss how creative sound and music contributed to the immersive world of their offbeat buddy movie. This panel will be moderated by Glenn Kiser of the Dolby Institute.

Both panels will be held at New Frontier at the Gateway Center, 136 Heber Avenue in Park City. Both panels are free and open to the public on a first-come, first-served basis.