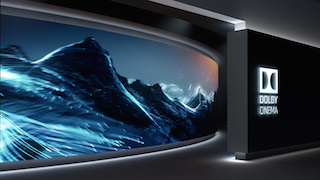 Dolby today announced the opening of the 100th global Dolby Cinema at AMC South Bay Galleria 16 in Redondo Beach, California. According to Dolby there are now more than 325 Dolby Cinema sites installed or committed and more than 100 titles released or announced.

“It is very gratifying to see top filmmakers and industry creatives whose first choice is to showcase their work in Dolby Cinema,” said Doug Darrow, senior vice president, cinema business group, Dolby Laboratories. “Audiences continue to embrace Dolby Cinema as well. The rapid growth of Dolby Cinema to 100 locations shows that movie lovers around the world are hungry for a truly immersive experience with state-of-the-art images and sound that make them feel like they are inside the story.”