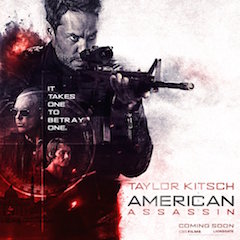 Since its debut in August 2015 with American Ultra, DTS:X has seen worldwide momentum and adoption by cinema owners, mixing stages and every major Hollywood motion picture studio. More than 450 screens in the US, Asia and Europe have added DTS:X-certified playback equipment, and more than 50 world-class mixing stages across 17 countries have installed DTS:X production tools and are creating DTS:X mixes for upcoming films.

DTS is a wholly-owned subsidiary of Xperi Corporation.

“We’re proud to have reached a major milestone of one hundred titles released in DTS:X in just two years,” said Bill Neighbors, senior vice president, general manager cinema, digital media and streaming solutions, Xperi Corporation. “The rapid adoption of DTS:X by the world’s leading studios and cinema chains has enabled more moviegoers to enjoy the extraordinary experience of immersive audio in the cinema. We look forward to continued growth of DTS:X around the world for years to come.”

DTS:X enables filmmakers to create richer soundscapes by moving sound objects in front of, behind, above and beside the audience, precisely where the mixer places them.

DTS:X cinema certification offers theater owners the opportunity to deliver the most compelling, immersive sound experience possible to their audiences. This can be achieved for almost any size or shape room by installing DTS:X-approved equipment and working within DTS:X installation guidelines.

To ensure the highest quality experience and provide flexibility within the DTS:X program, DTS has partnered with industry-leading server, sound rendering and processing companies including GDC Technology and QSC to bring to market DTS:X-ready components.