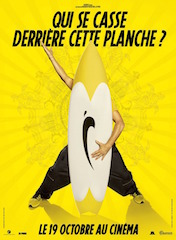 “We are delighted with the response the EclairColor process has received from industry professionals,” said Ymagis Group CEO & chairman Jean Mizrahi. “EclairColor technology has already won over the production teams at Pathé Films, Gaumont, Mandarin Production, JD Prod, Les Films du Losange, Les Films 13 and Rouge International thanks to an image quality that more accurately reflects the artistic choices made during filming.”

“After the Gaumont Champs-Elysées and the Saint Germain, in just a few weeks we have succeeded in extending our network of EclairColor cinemas, a new image format which revolutionizes the visual quality of film projection,” said Maxime Rigaud, CinemaNext France director. “Our technology provides a better image, more powerful quality that is obvious to all, with richer colors, greater contrast, heightened details and thus more intense emotions for the audience. We are putting the standard of tomorrow within the reach of the cinemas of today.”

EclairColor is a new digital color technology that combines a new post-production process developed by Eclair with the optimization of select projection system technologies already available from CinemaNext. This revolutionary procedure is able to achieve image projection of unprecedented quality. EclairColor technology is economical and accessible to all types of exhibitors with equipment that can both project EclairColor mastered content as well as standard content.

EclairColor is a registered trademark of Ymagis Group.