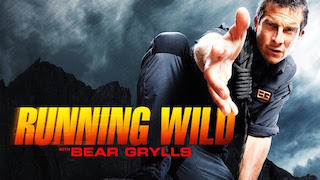 Entertainment studio Electus, distributors of such popular television series as Running Wild with Bear Gryllis, Jane the Virgin, Fameless and Style by Jury, have been using WCPMedia’s cloud-based platform since last year through its international arm to deliver content to broadcasters around the world. What began as a pilot project quickly became standard operating procedure.

The company now uses WCPMedia Services to deliver hundreds of shows each month to customers including divisions of Sky TV, Turner, Viacom and Discovery, on six continents.

“We use WCPMedia for high-speed, high-volume file transfers, and we use it a lot,” said Electus international senior vice president of worldwide operations Brad Jorgensen. “We upload master files of our shows onto the WCPMedia cloud. Our customers are then able to sign in and download them. It’s fast, easy and secure.”

Electus formerly required outside service providers to deliver content to its international customers. That meant loading show files onto hard drives and delivering them to post houses, which handled distribution to end-users. “It was cumbersome and inefficient,” said Jorgensen. “Now, we no longer have to send hard drives all over town; we can do it all from our offices.”

One factor that gave Electus confidence to switch to WCPMedia Services was its use of Aspera as its high-speed file transfer engine. Jorgensen noted that Aspera is fast, reliable and a known brand. “Broadcasters in small markets and remote areas often aren’t as technologically advanced as those in major media centers, and so they are reluctant to work with a delivery service that they’re unfamiliar with,” he explained. “But 90 percent of broadcasters around the world use Aspera and they know that it works.”

WCPMedia also delivers the near-perfect reliability required by the broadcast industry. “We can’t use a distribution service if it doesn’t have a better than 99-percent success rate,” Jorgensen said. “We have that with WCPMedia. On those rare occasions when a customer has a question or trouble logging in, WCPMedia’s tech support quickly jumps in to communicate with the customer and resolve the issue.”

Jorgensen said that Electus’ transition to cloud distribution happened faster than he anticipated. Last fall, when Electus was evaluating WCPMedia, it set up a trial involving the delivery of 20 television episodes. It worked without a hitch. “WCPMedia passed that test,” he recalled, “and now we’ve delivered more than 1200 files.”

Although Electus primarily employs WCPMedia for file delivery, the platform also includes features for media management, transcoding, media review, and marketing. As a result, it can benefit a wide variety of media companies with different requirements and applications. “Electus continues to expand its partnerships with broadcasters and content producers around the globe, and many of those companies could also benefit from WCPMedia,” Jorgensen said. “Some may employ the full scope of features the platforms provides; others might use one component intensively as we do. It’s a fluid tool that adapts to the user.”