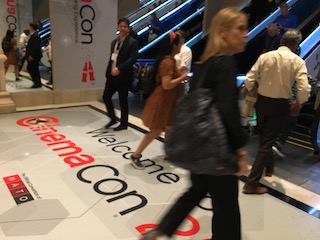 By all accounts, CinemaCon 2022, was a huge success. Attendance at the show, which was held in late March at Caesars Palace in Las Vegas, was higher than even in pre-pandemic years. The overall mood of people afterward was of a renewed sense of confidence in the motion picture business as a whole and, especially, of the future of movie theatres as the best place to fully enjoy a feature film. I recently spoke with Wim Buyens, CEO of Cinionic, the joint venture between Barco, CGS, and ALPD, to get his feedback on the show. Not surprisingly, he too left CinemaCon feeling upbeat.

“A year ago, there was a lot of uncertainty at CinemaCon,” said Buyens. “People had questions about the future. But this year the mood was universally optimistic. People are re-engaging. There is a strong belief that cinema is here to stay.” 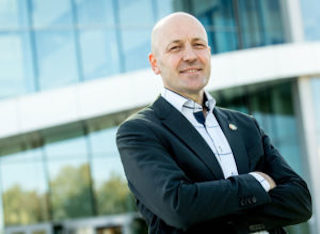 He said there was anecdotal evidence other than ticket sales to support that optimism. Buyens said that many of Cinionic’s exhibition customers told him that the average sale of food and beverage is currently up compared even to pre-pandemic levels, which is very good news, given that concessions are where much of their profit comes from.

Cinionic itself made some of the biggest news of the show when it announced when the company was named as the exclusive technology provider for Laser at AMC. In the coming months, AMC, working with Cinionic will significantly upgrade the on-screen presentation at 3,500 auditoriums throughout the United States, with laser projectors. Laser at AMC reinforces AMC as the leader in premium theatrical exhibition experiences and signals a significant AMC commitment to the future of movie-going, on-screen presentation, and the company’s dedication to Make Movies Better. The move to laser projection offers a more environmentally friendly way to present movies with less waste, including the elimination of replacing xenon bulbs, and a significant reduction in energy usage.

Later this year, AMC and Cinionic will begin installing laser projectors in AMC auditoriums around the country on a market-by-market basis, with the full initiative expected to be completed by the end of 2026. The laser projection equipment and associated auditorium enhancements powering Laser at AMC in the 3,500 auditoriums is valued at around a quarter of a billion dollars. Cinionic’s Cinema-as-a-Service program enables minimal upfront capital investment required by AMC to bring Laser at AMC to moviegoers around the country. 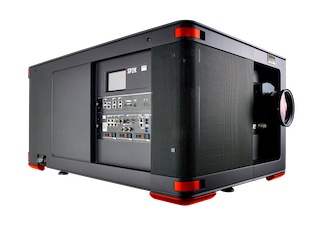 “We’re very pleased, especially because that deal is very good news for the industry at large,” said Buyens. “It triggers many other exhibitors to upgrade.”

He said the goal of all successful exhibitors, regardless of their size, is “to make a premium experience.” With that in mind Cinionic made several announcements at CinemaCon targeted at exhibitors who are still mindful of their budgets in the wake of the worst of the pandemic.

One, Cinionic’s Cinema-as-a-Service program, is available to all customers and is a way to help them upgrade their technology now with a much lower upfront financial commitment.

With a broader spectrum of movie theatres in mind, Cinionic unveiled two new 2K models in the award-winning Barco Series 4 family of laser projectors, expanding it from 6,000 to 23,000 lumens. With SP2K-20 and SP2K-25, even more exhibitors and audiences can enjoy consistently brilliant images in a cost-efficient, eco-friendly, and worry-free laser projection solution.

Buyens said his company’s goal is the same as its exhibition customers of all sizes and that is to do everything possible to “elevate the moviegoing experience.”