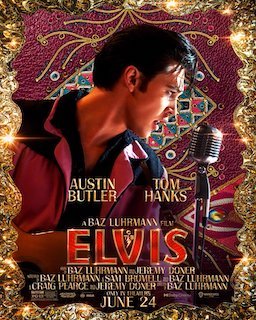 Signs of adult audiences returning continued this week, according to the London-based analytics firm Gower Street, as Baz Luhrmann’s with a $31.2 million opening Elvis prevented Top Gun: Maverick from flying back into the top spot on the Domestic chart. The biopic delivered $51.2 million globally from 52 launch markets. It scored number one in Luhrmann’s home-market, Australia ($4.7 million including previews), as well as in the UK/Ireland ($4.9 million), Italy ($925,000), Netherlands ($849,000), and New Zealand ($662,000).

The EMEA and Asia Pacific regions are not quite there yet. The film opens next weekend in Japan, which is expected to be a big market for the film.

Global box office is now just shy of $13 billion for 2022, tracking 65 percent ahead of 2021 at the same stage ($7.9 billion) and now 36 percent behind the average of the pre-pandemic years (2017-2019). The Domestic result mirrors that deficit against the three-year average (-36 percent) while the international market, excluding China, is currently just 33 percent behind the pre-pandemic average.

There are also continuing good signs around the world. China has finally delivered its first $100 million+ box office for an import title with Jurassic World: Dominion (currently at $116 million in the Asian major).

In the Domestic market all four of the past four play-weeks have topped a median level of pre-pandemic business, while two of those weeks were equivalent to top quartile-performing play-weeks from 2018-2019.

That result, and much of the success seen in markets around the world in the past month, has been thanks to a steady stream of attractive titles led by Top Gun: Maverick. The belated sequel has become a box office phenomenon and this week crossed $1 billion at the Global box office ($1.006 billion).  This is the first time a Tom Cruise title has achieved $1 billion and the first time a Paramount title has done so without China and Russia. The Transformers franchise sequels Dark of the Moon and Age of Extinction are Paramount’s previous $1 billion global grossers). 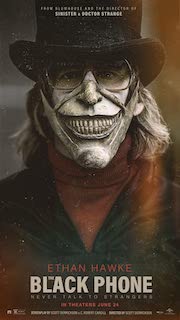 Maverick was back atop the Global chart this past weekend, opening in South Korea ($12.9 million including previews) and continues to deliver impressive holds elsewhere five-weeks in.

Horror film Black Phone also scared up some strong business, taking $36.6 million from 46 markets. In the Domestic market and its number four position spoke more to the impressive strength of the overall market than to that of the film itself, which delivered $23.6 million. Meanwhile the film scored an excellent number launch in Mexico ($3.5 million including previews) and claimed the number one spot in the UAE.

Minions: The Rise of Gru also made its international debut this past weekend in Australia. The film had to settle for number two behind Baz Luhrmann’s Elvis, but its $3.75 million launch was in-line with the previous sequels and spin-offs in the Despicable Me franchise (+8 percent Despicable Me 2, -8 percent Despicable Me, -9 percent Minions), which should suggest it will be well-received with family audiences elsewhere as it rolls into most markets next weekend as school holidays get underway in many.

At CineEurope last week Gower Street announced a revised 2022 international projection of $30.5 billion. The Domestic market is expected to hit $8.6 billion, China $6.5 billion, EMEA $7.9 billion and the remainder of international (excluding China and EMEA) $7.6 billion, with all seeing a significant gain over 2021 except China.