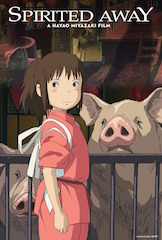 This past July, Ray Nutt succeeded John Rubey at Fathom Events becoming the company’s second CEO in its four-year history. While many things at Fathom remain the same, there have already been some changes under Nutt. Among them, the fact that the company has started releasing its revenue figures on a regular basis. Not surprisingly, what those numbers show is that event cinema is big business and that, as the dominant company in the market, Fathom is a force to be reckoned with.

Fathom Events is currently ranked as the 12th largest overall U.S. distributor to-date in 2017, alongside all the major motion picture studios, and has a year-to-date gross revenue of nearly $60,000,000. To cite just one programming example, Spirited Away grossed more than a million dollars in revenue from just three scheduled screenings.

Many of Fathom’s nationwide events are made possible through its proprietary Digital Broadcast Network, the nation’s largest live cinema network, which provides access to more than 1,300 screens in more than 875 theaters across the country. For recorded shows, the company has an even bigger reach. A joint venture of AMC, Cinemark and Regal, as of September 28 Fathom had access to more than 20,600 screens across North America.

Added to all of that, in addition to the theatres in the combined National CineMedia chain of theatres, Fathom now includes 57 affiliate theatres in its network.

The company has come a long way in four years and has been noted for its successes under Rubey. In 2014 The Theatre Museum Awards honored Fathom Events with its award for Excellence in Theatre History Preservation. In 2015, Fathom Events was named Best Distributor in the Americas and received eight box office awards from the Event Cinema Association.

Prior to being named Fathom’s CEO, Nutt was senior vice president of business relations for Regal Entertainment Group, where he sat on Fathom’s board of directors. Prior to that, he grew business for Regal CineMedia and United Artists Theatres. 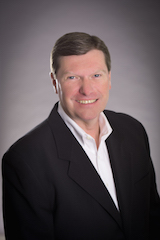 Nutt praised his predecessor. “John did a fantastic job growing Fathom Events during his tenure,” said Nutt. “During that time, I was a Fathom board director representing Regal Entertainment Group, so the transition was smooth for the business.”

Nutt sees his role as building on Rubey’s success.

“John has a strong background in production and programming that brought many benefits to the Fathom business,” said Nutt. “I will be spending much of my time delegating those functions to my strong management team and managing the global issues for the company in our Denver corporate office.”

Nutt said Fathom is currently running 140 titles a year, which is more than one event every three days. “We’re putting more people in the seats,” he said. He wants to see that increase.

Nutt estimated that Fathom Events spends $100 million a year on marketing and promotion of its events.

The challenge is finding the right content. “There’s no shortage of content,” and yet, he added, “We want more content.” That statement is not as contradictory as it might first seem. Nutt said the Fathom staff looks at some two thousands pieces of content a year to find the 140 programs they believe are suited for their network. There are several issues that determine what content is selected. One is the nature of Fathom’s audience. 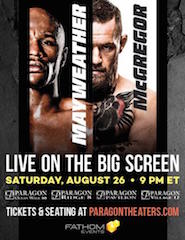 Audiences would be more precise. “We have such a diverse demographic,” said Nutt, which encompasses a variety of niche markets, including the arts, sports, concerts, anime, classic movies, and classic TV, such as Dr. Who.

Although Fathom still focuses primarily on scheduling events for weekdays, there are certain big events that can capture a weekend. Last summer’s Mayweather-McGregor championship fight was a case in point and one of the biggest worldwide event cinema successes to date.

That weekend success and what Nutt sees as a more relaxed relationship with Hollywood leads him to believe that Fathom and other event cinema companies can and will work with the major studios in the months and years to come. “There are still sensitivities,” he acknowledged, “but there’s much less tension than there used to be. Some of the newer content is coming from the studios.”

There is a long list of different kinds of content that Nutt would like to see added to the programming that event cinema can offer. High on that list is Broadway plays. Since many plays these days are produced, at least in part, by major studios, Nutt sees that as a win for everyone. He and his staff feel certain there’s an audience for live theatre and they think the studios will see the benefits, too. “Our hope is that it will help the studios,” he said.

Nutt ran off his current laundry list of things he wants to do moving forward. “I’d like to see more socially conscious content.” He hopes to make better use of their live capabilities. He’s also looking at virtual reality and said, “There are things we can do with Twitter.”

He said another category Fathom plans to pursue is content from the so-called over-the-top (OTT) or streaming companies such as Netflix, Amazon and HBO. He confirmed that Fathom is currently working on a deal with Disney’s new streaming service.

Nutt envisions OTT content premiering or concluding on the Fathom Network. In his mind those programs would include having the cast and crewmembers taking part in live question and answer sessions with the audience. That’s one way to make the content stand out from what the audience can get at home. Said Nutt,  “We’ve got to make sure that our events are events.”