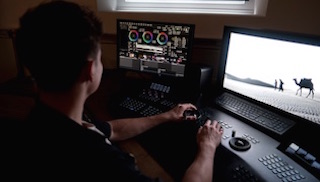 FilmLight has released of Baselight 5.0, along with 5.0 color tools across its entire product range. Offering more than 50 new features, version 5.0 has been used over the last year on a variety of real projects with complex workflows. According to the company, the feedback from colorists around the world has been very positive.

One of the key features in version 5.0 is Base Grade, a new primary grading environment for modern color workflows and HDR.

“Base Grade makes you so much faster in matching and creating stunning looks – in a single layer,” said Philipp Horsch, senior colorist and CEO at BFS Entertainment, Munich. “The new subdivision of dim/dark shadows and light/bright highlights, each with its own pivot and falloff, basically gives you four keys already integrated in the layer.”

Version 5.0 was designed to make grading for HDR even easier with the addition of color space families, and the new Gamut Compression tool. It makes moving between color spaces simple and seamless.

“The new color space families make delivering diverse masters really easy,” added Horsch. “With 5.0 I can now concentrate exclusively on the creative job and don’t have to worry so much about the color science.”

“Gamut Compression is so useful, especially when dealing with car commercials, where the LED brake lights often push the saturation too far,” added Mick Vincent, senior colorist at The Mill, London. “Baselight 5.0 has been so exciting already, and there are so many more tools to try out – we have a great year ahead of us with this system at our fingertips.”

The addition of many new creative features – including Grid Warp, Paint, Perspective Tracker and Texture Equaliser – has also proven to be very popular.

“Baselight 5.0 has made finishing projects much faster and with less hassle – which is key for television content with a demanding production schedule,” said James Perry, editor/colorist on The Dr. Phil Show. “Instead of having to send shots to our graphics department for wire removal or general touch-ups, I can fix them easily in Baselight.”

Martin Tlaskal, lead developer at FilmLight added, “These are just a handful of many comments from talented colorists, who have collaborated with us on the testing and refinement of version 5.0. It is extremely gratifying to know that our ideas have proven so valuable in practice among the creative community.”