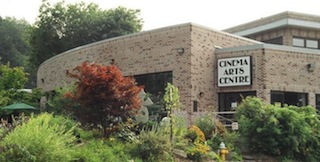 “We had 80 attendees over two days, with six panels, twenty-one panelists, about two hundred cups of coffee, and amazing discussions,” they said on the association’s website. “We had art houses from all over the New York region, the Northeast and even the Clinton Street Theater all the way from Portland, Oregon. We also welcomed our film distributor and service provider colleagues, who provided great information and participated in dynamic conversations about repertory programming, digital cinema, and fundraising.”

“We thank the Cinema Arts Centre for their incredible hospitality, and for providing us with such a fantastic venue. Ted and Angelo handled all of the operations and kitchen logistics, Charlotte Sky and Rene Bouchard provided wonderful guidance on the Cinema Arts Centre fundraising and membership programs, and Dylan Skolnick for his assistance with the whole seminar, from planning, to programming, to the execution once everyone arrived. Thank you so very much.” 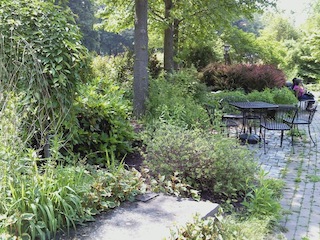 The Cinema Arts Centre is a beautiful facility with three digital theatres, a café and surrounded by a lush garden. In 1973, Vic Skolnick and Charlotte Sky began the New Community Cinema (which would become the current Centre) in a friend’s dance studio with a 16mm film projector borrowed from the public library. Responding to a profound lack of artistic, independent, and international cinema on Long Island, Skolnick and Sky had a vision of engaging people in cinema culture, creating a new community of filmgoers on Long Island who sought access to a broader choice of films in their community and to use the power of film toward a greater social good.  In-depth discussion, often with directors, film artists or guest speakers relevant to films’ topics, evolved to become a central component of the Centre’s programming.  Such discussions often served to explore and illuminate issues such as the environment, social and economic justice, diversity and equality. Membership began as a simple request for filmgoers to pay one dollar to help rent the next week’s film.  From such a beginning, a cultural movement was formed, 8,000 members strong.

There were several panel discussions over the day-and-half event but the topics that generated the most interest from the audience were how long will quality 35mm prints be viable, what programs generate the most interest and, especially, the challenges and benefits of paying for, installing and using digital cinema technology.

The 35mm question was one of the topics covered in a panel called Repertory Programming. Panelists included Jake Perlin of the Cinema Conservancy/Artists Public Domain, Aliza Ma of the Museum of the Moving Image, Brian Belovaric of Janus Films and Jed Rapfogel of the Anthology Films Archives. 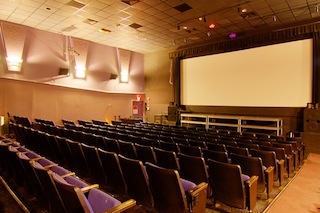 Belovaric said that his company doesn’t own the 35mm films it distributes but must get permission each time a rental request was made and stressed that, especially as film prints get even rarer it’s increasingly important that theatres share projection reports. “What did the print look like?” he asked. He and several panel members said they are distributing Digital Cinema Packages (DCPs) routinely now and, when they have permission, will make DCPs of movies on request, usually at cost. Rapfogel echoed these thoughts and said that showing a bad film print just because it’s film is “doing a disservice” to the film and to the industry.

Regarding the issue of increasing attendance to art house movie fare the consensus was thinking like a showman and creating timely events to build interest and to educate. Perlin said the theatres he’s been involved with always have a Valentine’s Day dinner and a movie event. Belovaric’s suggestion was to show older films of new foreign directors that have had a recent breakthrough hit.  Another, he said, was to consider supporting actors who get noticed in current hit movies. “When I look at Blue Jasmine I think of an Andrew Dice Clay festival,” he said. “There are so many variables in every movie.”

The panel discussion on the nuances and challenges of digital cinema business and technology created the liveliest conversations of the event. The panel included Griffith Iffith of the IFC Center, Dylan Skolnick of the Cinema Arts Centre, Ronnie Ycong of Spotlight Cinema Networks, and Stephanie Silverman of The Belcourt Theatre who served as moderator. She began by asking, “What are the opportunities with digital?” 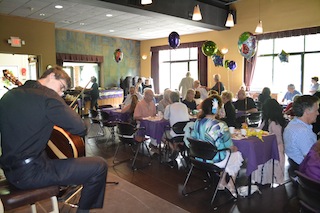 Skolnick said the Cinema Arts Centre converted to digital several years ago because he and his staff believed it was essential to stay in business. He did extensive research on installers in the area and took the time to establish what he called “an important relationship. There are issues. These are computers,” he said. "We went with Christie on the advice of the installer. Our wiring was okay but we had to upgrade insulation. We got all our ducks in a row." Since the Centre has three theatres, Skolnick said they didn't have to go completely dark during the installation. He said among the advantages of digital technology is the ability to create your own programs and promos and to show digital restorations and films of different lengths.

Iffith said the IFC went digital five years ago, adding, "We were one of the first art houses to go digital." Since he is knowledgeable about technology he handled the installation, including their edit system himself. Their first digital installation was not a DCI-compliant 2K system and largely as a result of that, he said, "We had a lot of challenges." Today the IFC has four DCI-compliant NEC 2K systems and one 35mm theatre. Most of the problems are people-related, and not about computers. Lack of communication by both his operators and their distributors about the digital keys needed to show a movie is a big one, as is storage capacity. One valuable lesson that Iffith and IFC learned as a result of storage issues, he said, was that a theatre should have two parallel networks on its Local Area Network: one to handle content and one to handle email and other business operations. "We've gotten to the point where digital has solved a lot of our problems,” Iffith said. "Understand the interfaces. Otherwise you're not experiencing the full benefits of digital."

He said the IFC now needs fewer projectionists but Silverman said that doesn’t need to mean that projectionists must automatically lose their jobs. She said digital technology as enable The Belcourt Theatre “to engage our projectionists in all different aspects of the theatre and they're very excited about the opportunities.”

Ycong said digital cinema had been a definite plus for Spotlight Cinema Networks. The company has been able to generate new revenue through alternative content and advertising. “Just make sure the content resonates, Ycong said. He called working with DCPs “a very simple process” and concluded, "Everything can be run through your digital cinema projector."