Gaga Distributes Kubo and the Two Strings in Japan 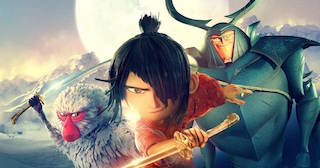 Laika has signed a distribution deal with Gaga Corporation to release its latest film Kubo and the Two Strings in Japan sometime this year.  The exact dates have not been announced. Gaga also distributed Laika’s first feature film, Coraline (2009).

“Kubo and the Two Strings is a wholehearted love letter to Japan,” said Knight.  “I first visited Japan when I was eight-years-old and it sparked a powerful and enduring connection within me.  Traveling across the country to Tokyo, small seaside fishing villages, the hot springs in the volcanic hills, and the legendary Mt. Fuji opened my eyes to a different and breathtaking world. It was a revelation, and I was utterly in its thrall. My childhood introduction to Japan was the beginning of a life-long love affair with a great and beautiful culture, and I’m so pleased to be able to share this film, this expression of love of and reverence for this extraordinary place, with the people of Japan. Creating this film is the highlight of my professional life. To partner with Gaga, the country’s premier film distributor, to bring Kubo to Japanese audiences is a profound honor.  Laika is incredibly excited and humbled by this opportunity.”

“It is a great opportunity and our honor to distribute Kubo and the Two Strings in Japan,” said Gaga chairman Tom Yoda. “We distributed Laika’s first film Coraline in 2010 and continue to be so impressed by their creativity, craftsmanship and sophisticated technology. These attributes, as well as Travis Knight’s personal impressions of Japan that started with his childhood trips to our country, have helped Laika to reflect the inherent spiritual culture and sensitive world of Japan in this magnificent film. We are greatly honored to be appointed by Laika as the Japanese distributor and we are confident that the film will continue to enjoy success during awards season. We are sure that Japanese audience will enjoy their experience of Kubo and the Two Strings, ensuring great success for the film.”