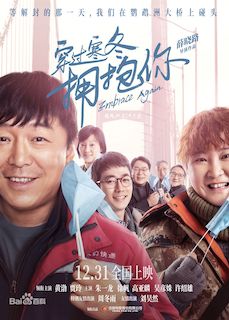 This past weekend marked the two-year anniversary of China’s first lockdown in 2020, which marked the beginning of the impact of the COVID-19 pandemic on global box office. There have been a lot of ups and downs since then but there has also been recovery and, despite a few limited re-closures in the past two months, the global exhibition sector, and as a result global box office, is in a far more robust place than it was a year ago, according to the latest report from the London analytics firm Gower Street. China’s business was dormant this week with long-running local holdovers Embrace Again and Fireflies in the Sun sustaining the market until the Chinese New Year holiday begins on February 1.

Elsewhere another long-running holdover continues to dominate global business: Spider-Man: No Way Home. The Sony/Marvel title is now the #6 highest-grossing film of all-time at the worldwide box office with $1.69 billion, having overtaken both 2019’s photo-real remake of The Lion King and 2015’s Jurassic World. Even better news is that, currently at $970 million, the international box office is on course to crossing $1 billion, probably next week. 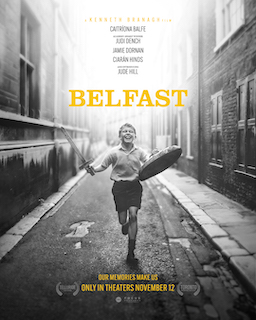 This would make No Way Home the first film ever to cross $1 billion internationally without China in the release-mix. The superhero sequel also reclaimed the Domestic #1 in week 6. Sing 2 opened in several new markets this past weekend, including Germany, Austria (where it scored the biggest pandemic-era launch for an animated title), and Turkey. With $241.3 million worldwide the film is already the biggest animated success of the pandemic-era. Meanwhile Kenneth Branagh’s autobiographical awards-hopeful Belfast scored a strong debut in UK/Ireland.

The film grossed $3.15 million (including previews) in its opening weekend at #2. In Northern Ireland, which traditionally accounts for around 2 percent of UK/Ireland grosses, the film opened #1 and the sub-market accounted for 11.75 percent of the film’s opening weekend! As usual for this type of film, weekday holds are immediately looking strong and by the close of Monday Belfast had overtaken Spider-Man: No Way Home to move up to the #1 position across the whole market. With BAFTA nominations, announced on February 3, sure to feature the film heavily it looks set for a long and successful run in its home market.

There was positive news in Germany, where Bavaria will ease capacity restrictions in cinemas from 25 percent to 50 percent from this coming Thursday, January 27. Meanwhile the Netherlands is currently due to re-open its cinemas this week, having been closed since December 19, just a few days in Spider-Man: No Way Home’s run.

The market share of open cinemas currently stands at 85 percent, on par week-on-week. The Domestic market as well as EMEA and Asia Pacific (excluding China) regions recorded small retractions week-on-week. This was balanced by small gains in China and Latin America.