Green is More Than a Color 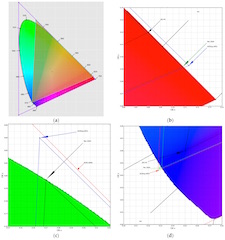 Cédric Lejeune is vice president of technology for ÉclairColor, part of the Ymagis Group. He is also the founder of Workflowers, a recently formed consulting company that offers training services to media companies including quality management, color management, human resources and environmental topics. I wanted to learn about his new dual role and, in particular, hear his thoughts on how the motion picture industry can be more environmentally responsible.

In his LinkedIn profile he describes himself this way: “I'm an engineer with a passion for art; I believe it's the way to understand the world and that science and technology should help create better art and not try to replace it: art of the words, of the sounds, of the movements, of the colors. I'm also a specialist in color management and media workflows, and I believe the media industry can evolve to embrace a more sustainable model.”

I started our conversation there.

Cédric Lejeune: As for color management, I don't expect so much. I would just say that any quality control reduces the number of retakes and wasted hours. When talking about workflows, it's about the organization of a production or company, and as it is structured today, it's all optimized for performance, with very little concern about resources. We believe that now is the time to start talking about efficiency, have better control over costs and resource management. How often should you replace your servers? Should you move to the cloud? Producing in 8K to be future proof or use artificial intelligence to upscale? Many topics, all have a significant impact over costs and the environment; it's actually very much linked.

DCR: You took part in the installation of the first digital cinema production line at Laboratoires Éclair in 2002. How did that come about and what was involved? 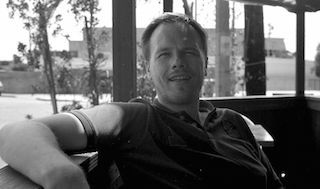 CL: I was working at that time for Post Logic, the French reseller of Discreet Logic products. (The company had nothing to do with the Los Angeles post facility.) Another company, 5D, the maker of plug-ins for Flame, was demonstrating Colossus at IBC 2001. That was a standalone color corrector made by the Colorfront team. Éclair saw it, cancelled the order of a Thomson Specter system and joined the alpha testing program. I was in charge of making that happen. I had to setup the systems, train the colorists, write the documentation, test new releases, report bugs; it was an amazing experience. Éclair at that time was on the cutting edge with a great team, both from technical and creative perspective. We had to manage the transition from film to digital, which was as much a human than a technical challenge; some colorists had never touched a computer before.

DCR: Four years later you started Workflowers. Describe those first years and what projects you worked on.

CL: At the beginning I was doing a lot of consulting for Autodesk. They had acquired the Colossus code and often needed some extra resources for integration with tools from other vendors: film scanners, offline editing, visual effects, film recorders. I learned a lot in that process, and travelled all around the world. Digital Intermediate workflow was new, pretty much as was color science in our field; there was good business. I helped both small studios and big post facilities such as Efilm or Technicolor. I also started to develop image-processing plug-ins and I grew the team and started developing an online collaborative platform. But that was too early; the cloud was just a Powerpoint pictogram at that time.

DCR: You started Workflowers in 2006 but closed the business in 2015. That was the same year you started working for Ymagis Group. Is that what prompted that move?

CL: Yes. I had rebuilt the DI pipeline at Technicolor Paris and they hired the Ymagis CTO so the position was open. I had good friends working at Ymagis and it was a very different company compared to traditional labs and VFX facilities I knew: startup-like growth, experts in many fields, innovation oriented, multiple offices that needed to work together. It felt like I could do all of what I was doing before at the same time and have more opportunities to develop ideas, which ultimately happened.

DCR: You’ve had various roles at Ymagis Group but in all of them you’ve been directly involved with post-production and, in particular, color science. Is that true and what has been the difference in your various roles?

CL: Ymagis is a group that was ever changing. It is still, so you have to find your role. At the beginning I was in charge of the technology for the labs in London, New York, Liège, Berlin, Barcelona and Paris. I built a team out of in-house experts and junior engineers I hired. We created amazing stuff, very much forward thinking on versioning in particular with digital cinema packages and the interoperable master format. Then after the consolidation with Éclair I focused on innovation. I set a new team. We developed ÉclairColor and kick-started ÉclairGame, the eSports in cinema solution.

ÉclairColor could have never been developed as fast in another company: we had postproduction experts, projector experts, a color science team. We had access to content, to projector prototypes, to colorists; we could put together a proof of concept in a matter of days! We were working with the best engineers at Barco, Sony, then Samsung. It was super exciting. Then we decided to open an office in LA for ÉclairColor and I brought my family there for one year. But times were a bit more challenging for Ymagis so we couldn't do as much as we were willing to. When I came back in France the deployment in China was accelerating, so I've spent a lot of time supporting our partner there since. And I'm continuing developing new technology and working with manufacturers to certify new compatible equipment. 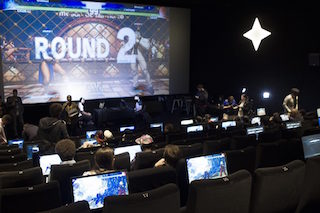 DCR: Now, within the last several weeks, you’ve restarted Workflowers. What made you decide to get back into that business?

CL: There's an emergency with climate change, and our industry is not really conscious of the challenges we'll face shortly, that will make our kids' life very different. It was already something I wanted to dig into before Ymagis but I didn't know where to start. It's really when I met with Benoît that we decided we could do something really meaningful together, so I recycled the brand. Our mission is to help the media industry transition to a more sustainable model. That means changing the way we create and distribute content, with better control over the resources and carbon emissions.

[Editor’s Note: Benoît Ruiz is an environment/innovation expert for Centre National de la Cinematographie, for Film London and Film Paris Region. He will continue his missions with those institutions.]

CL: It's mutually beneficial, I believe. There is no conflict of interest and I'm really happy that I can continue with Ymagis and develop technology for a French company. I will certainly travel a lot less than previously, but I will continue connecting with people around the world to help them making better content, which is what I like doing.

DCR: You’ve been pretty outspoken about Look Up Tables and the Academy Color Encoding System. What are your thoughts about each of those? 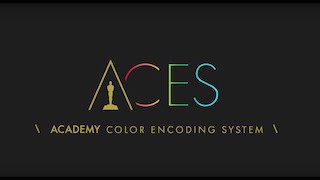 CL: What is difficult in our industry is that the background and level of education is extremely variable, so you end up with people using a word for another and completely miss the point. LUTs are just tables where you set input and output data. It's just a mathematical tool, like multiplication. Have you ever heard a mathematician saying that multiplication is too limited? Well, that's what we have now: people complaining about concepts they don't understand. You can't expect all the people to instantly become color scientists, so we have to make things simpler for artists. That's what ACES will bring some day, once the integration in creative tools is made nice enough so you get automatically what you expect. But that will take another couple of years. People have to communicate with other people and tools at their level of understanding,

DCR: On Facebook you recently posted this: “Theorem of Cédric: what is true for color is true for every subjective parameter.” Can you elaborate on that?

CL: Light is that magical intellectual object that can transport you instantly from your daily life to quantum physics, but color is even more magical because it happens only in your brain. And the whole science around it is built on some very fragile concepts, such as the CIE 1931 experiment, where a handful of young white males were asked to look inside a tube. So you have to accept that all the complexity of the science that was built on top of it, despite its impressive mathematical formalism, is a castle made of sand. And it works with geopolitics, economy, music, sociology, cats. 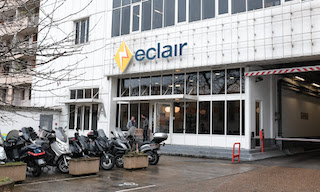 [Editors Note: The CIE 1931 RGB color space and CIE 1931 XYZ color space were created by the Commission Internationale de l'éclairage in 1931. They resulted from a series of experiments done in the late 1920s by William David Wright using ten observers and John Guild using seven observers. The purpose of the experiments was to determine what combinations of light appear to be the same color to most people. The term they came up with was color matching and that is what enables the creation of a basic framework for color reproduction. The experimental results were combined into the specification for the CIE RGB color space, from which the CIE XYZ color space was derived.]

DCR: Where does the cinema business go next in terms of color management and workflows? How best can things be improved?

CL: That's an ambitious question! I believe we've made great advancements lately on defining quality and bring back uniformity as an important parameter. And there's a lot of improvement to be made there, both for projection and direct view displays. I think from a color management point of view we'll see more intention, stronger looks in years to come. We have lost a lot with the transition to digital and funnily I believe that the look development and tools from video games will have an influence over movie creation. For example the gaming render engines will be used more and more, allowing for more interactivity with the content, going faster to what you want. AI also has some great potential for creativity, but it consumes a lot of power. We'll have to decide what we want to keep incrementing, and what we want to stabilize, asking ourselves difficult questions. Exciting times ahead!