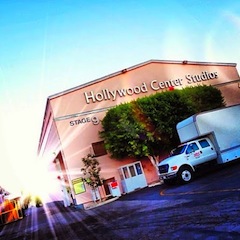 Hollywood Center Studios, one of the largest independent production lots in Southern California, is finalizing plans to construct a 106,000 square foot office complex designed to serve the area’s burgeoning film and television community. The construction project will also include a new parking structure and other amenities.

The facility has been under the stewardship of the Singer family for thirty years.

Originally built by an associate of Charlie Chaplin in 1919, Hollywood Center Studios is currently enjoying a renaissance as a center for television production. More than a dozen shows are shot on the lot for Disney, Comedy Central, NBC, MTV and other network clients. The lot boasts a dozen shooting stages, ranging in size from 500 to nearly 19,000 square feet, and also offers such features as state-of-the-art television Control Rooms, production offices, hair & makeup dressing rooms and a full service lighting, grip and expendables department.

Business, according to Singer family spokesman Alan Singer, has never been better. “Although film production has largely left Los Angeles, a lot of TV production remains here due to the creative talent that resides in Los Angeles,” he says. “There is still a significant need for sound stages, for sets and equipment.”

Things looked much different back in 1984 when the Singer family purchased the lot from Francis Ford Coppola. The director of The Godfather and Apocalypse Now had bought the lot, then known as General Service Studios, several years earlier for use on his own film projects. He turned the entire lot into a giant set for his film One From the Heart. 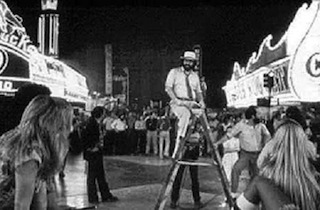 The poor box office performance of that film forced Coppola to sell that lot, which arrived in the hands of its new owners in a precarious state. Sound stages were in disrepair and lacked modern equipment. The interruption of its traditional role as a shooting location for independent producers left it without a revenue stream. “The studio was a mess,” recalls Singer.

At that point, the Singer family, which got its start under the late Jack Singer in Canadian real estate, could have sold off the property for its land value. That would have marked a sad end for a lot that had witnessed a remarkable amount of Hollywood history. Howard Hughes had once worked on the lot, as had the Marx Brothers and Mae West. Shirley Temple made her first film on one its sound stages. In the ‘50s and ‘60s, the lot became ground zero for the emergent television industry. It was home to everything from I Love Lucy and The Addams Family to Mr. Ed, Petticoat Junction and The Beverly Hillbillies.

But the Singers didn’t sell; they reinvested. They hired a professional management team to run the lot and began fixing up, expanding and improving its resources. Over time, it increased the number of sound stages from eight to 12. It built or refurbished bungalows and office space to serve as comfy bases for production companies and other creative service providers. 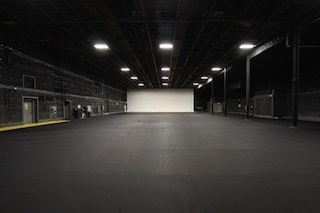 Most significantly, they invested heavily in resources designed to woo back television production. That ranged from building new hair and make-up facilities to seating for live audiences to adding scores of parking spaces. In addition, they spent more than $1 million on a pair of television control rooms featuring high definition camera systems and production technology.

“Our timing was perfect,” recalls vice president of sales Richard Schnyder, who was part of the new management team. “A lot of television production that had been done in New York was returning to Los Angeles and needed space to work. We filled a need.”

Still breathing new life into the lot wasn’t easy. Competition was fierce. Singer notes that there are more than 600 sound stages in Southern California alone. And since the 1990s, lots like Hollywood Center Studios have had to compete against studios in other states and countries that often enjoy the benefit of generous tax incentives for television producers.

In spite of that, Hollywood Center Studios has been more than holding its own. Stage bookings have increased steadily since the bleak days of the early ‘80s. Currently, the expanded lot is operating at near capacity. Singer attributes that success to the lot’s location in central Hollywood, an emphasis on customer service and a helping hand from the many ghosts that inhabit its stage.

“We are not the least expensive, but we provide great resources and we look after our clients very well,” Singer says. “I constantly hear people say how much they love working on the lot. They like the history, the feel of it.”

Hollywood Center Studios’ new office building is part not only of its rebirth but of the revitalization of Hollywood in general. A number of large construction projects are ongoing in the immediate environs of the lot that will add new commercial space, as well as housing, shopping and entertainment outlets.

Singer says that all this new investment and activity bodes well for Hollywood Center Studios and predicts that the lot will still be going strong 30 years from now. “Producers will continue to need properly equipped and maintained space to produce their shows,” he says. “There are a lot of things changing in the television industry, but the need for stages is constant. Some things last forever.”