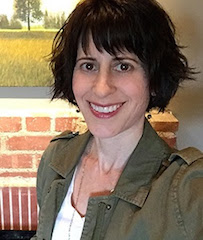 Directed by Jerry Jameson (Last Flight Out) and starring David Oyelowo (Selma) and Kate Mara (House of Cards), Captive centers on Brian Nichols who captured national attention in 2005 when he broke out of a Georgia courthouse after killing a judge and three other people. He subsequently took Ashley Smith, a single mother, hostage and held her for several hours before surrendering to authorities.

The movie tells the story with gripping realism. The first minutes of the film, when Nichols makes his escape, features intense action with almost no dialogue. Much of the balance of the film occurs in Smith’s small apartment where the ratcheting anxiety is heightened by the flowing camerawork of cinematographer Luis David Sansans. 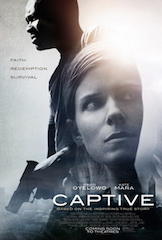 Kent enhances the dramatic tension with an editorial approach that is deliberate, but understated. “My job is to be responsive to the actors, and David Oyelowo and Kate Mara are amazing,” she said. “Although playing a killer, David brought a deep humanity to Brian Nichols, and Kate was wonderfully subtle and expressive.”

“The film is very dynamic in the way it was shot; the camerawork is completely hand-held and constantly in motion,” Kent added. “Once Brian takes Ashley hostage in her apartment, the camerawork heightened the frenetic energy of Brian, and contrasted well with the stillness of Ashley.”

Kent said the support she received from Hula Post freed her from technology concerns and allowed her to focus on storytelling. “Hula bends over backwards to make the environment very pleasant and conducive to creativity,” she said.

Kent, who reviewed historical records including the 911 call from the incident as part of her preparation, notes that the real-life events were always on her mind. “It’s an intense story and makes for an exciting, compelling movie,” she said, “and is all the more powerful and tragic because it is true.”