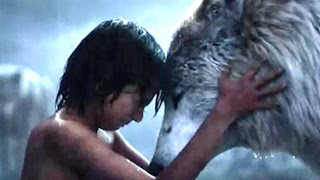 In a project spanning nearly two years, Hula Post provided editorial systems, workflow engineering and technical support to Walt Disney Pictures for the production of The Jungle Book. Hula Post engineers set up and maintained editorial facilities at the studio’s production facility in Playa Vista; at Digital Domain, where motion capture elements were produced; and at Los Angeles Center Studios, where live action elements were captured. Additionally, it supported satellite-editing facilities at Sony Pictures Studios and Skywalker Sound, where sound work was completed.

Directed by Jon Favreau, based on Rudyard Kipling’s timeless stories, and inspired by Disney’s classic animated film, The Jungle Book seamlessly blends live-action with photorealistic CGI animals and environments. Produced natively in 3D, it employs up-to-the-minute technology and storytelling techniques to immerse audiences in an enchanting and lush world.

“Technically, it was among the most challenging projects we’ve ever undertaken,” said Hula Post senior vice president Rick Lee. “The editing team was constantly pushing the envelope in terms of technology and inventing new workflows. Our team supported them 24/7/365 every step of the way.” 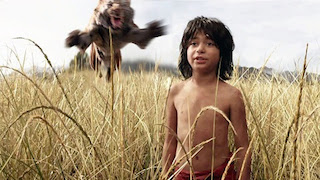 The production diverged from the traditional linear progression of pre-production, production and post-production. Activities such as storyboarding, live action production, editing, animation, visual effects and compositing proceeded simultaneously, and at times overlapped and blended.  “It started with Jon Favreau and his vision for the movie,” said first assistant editor William Kruzykowski. “He didn’t want people working in isolation. Rather, he encouraged a cohesive, open discussion and collaboration between all departments and facilities.”

In the production’s first phase, editing facilities were set up at Disney’s production facility in Playa Vista and at Digital Domain. At Digital Domain, motion capture elements were shot with actors standing in for Mowgli, the film’s sole live action character, and CGI animals. Editors combined the mo-cap with early-stage animation and those edited sequences were used as templates for the subsequent live action shoot with the young actor Neel Sethi who played Mowgli.

“The virtual camera edit served as the basis for everything we subsequently photographed with Neel,” said editor Adam Gerstel. “On set, the live action photography was set up based on that virtual edit.  However, nothing was set in stone—we allowed for coverage and flexibility to change how we shot a scene.  Being able to edit on set helped to determine where coverage might be needed.”

Live action production was spread between two stages at Los Angeles Center Studios. Hula set up editing systems on each stage so that newly captured sequences could be immediately incorporated into existing animation. The on-set editing systems, along with a near-set editing environment, were linked to a central ISIS.

“Assistant editor Rachel Schreibman got material as it was captured and fed it into the ISIS,” said Gerstel. “I would then open it on my system and incorporate it into the cut. I was constantly running back and forth between the two stages. I would close a sequence on one stage, run to the other stage, open the same sequence there and continue working. Once I cut something, Mark Livolsi could open it on his system and work with material a minute after it was shot.” 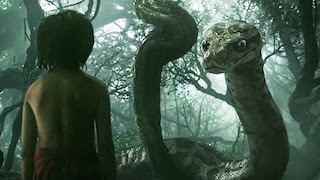 With the editing team frequently changing locations and often split into two or more units, a traveling ISIS was used to provide all parties with access to production media. Content on the traveling SAN was synchronized with the main storage systems at Playa Vista on a daily basis. Gerstel wrote a script that automated the process of identifying and renaming new material to avoid errors or confusion and ensure everything was up to date.

Once production was complete, the editorial team reverted to Playa Vista for another ten months of work. There, ten Media Composers were linked to central storage and a 3D digital cinema theater used for screening. Hula’s Rick Lee estimates that more than four miles of Ethernet cable was required to connect all the systems.

With editorial, animation, visual effects and sound editorial happening at the same time, proper data management was a priority. “We had to keep careful track of everything that we were doing,” Kruzykowski said. “And we had to maintain it all in a stable environment over a period of a year and a half. If Mark made a cut in the edit room, or Adam made a cut on the stage, we had to know that it was replicated as it moved from person to person.”

Hula Post helped out by keeping the editing systems fine-tuned and up-to-date. Midway through production, Hula engineers updated all of the Media Composers from version seven to the newly released version eight, so that the editors could take advantage of new tools for networking and media management. “It worked without a hitch,” said Hula Post senior technician James Tejeda.

“Hula was with us when we were split between Digital Domain and Playa Vista, and when we were working as two teams at Los Angeles Center Studios,” Kruzykowski said. “When we were done there, they got us back up and running at Playa Vista for the final push. They were tremendous.”

Kruzykowski has worked on more than 30 films over the course of his career, but none quite compares to this. “Every picture brings new challenges, but here we were breaking new ground and there were no maps to guide us,” he notes, adding, however, that the film is more than a technical exercise. “It’s a fantastic movie,” he said. “It tells an exciting adventure story and some people will enjoy it as pure entertainment. But others will look into it and see a deeper meaning. Its message is wonderful.”