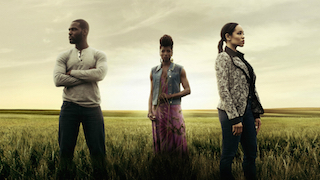 Queen Sugar, the new OWN series from Warner Horizon Television and Harpo Productions and executive producers Oprah Winfrey and Ava DuVernay, tells the story of three estranged siblings who, after a family tragedy, reunite to run an 800-acre sugar farm in Louisiana. Based on the bestseller by Natalie Baszile, the show is a rich and deeply moving tale of people overcoming risk and reinventing themselves.

The series’ editorial team was led by Spencer Averick, whose many collaborations with DuVernay date back to the 2008 documentary This Is the Life and also include 2015 Academy Award Best Picture nominee Selma. Also returning from the Selma team was Hula Post, which again supplied editorial systems and support. Additionally, for Queen Sugar, Hula provided office space in Burbank for the series’ writers.

For Averick, whose team spent several months cutting the first season, Queen Sugar was unlike a typical television drama, describing it instead as “a feature film told in 13 parts.” “It’s not like regular television in the pacing and slow character development,” Averick says. “It’s the same kind of story that Ava and I have been telling in narrative features for years. It was different in that we had to hit the 42 minute marks, but we still had the freedom to take our time with the characters.”

Averick says that the nature of the story required a restrained editorial pace. He often allowed scenes to play out with a minimum of cuts. As an example, he points to an emotionally charged moment near the end of the show’s first episode. Ralph Bordelon (Kofi Siriboe) takes his son Blue (Ethan Hutchison) to visit his father (Glynn Turman), the family’s patriarch, who is dying in a hospital. 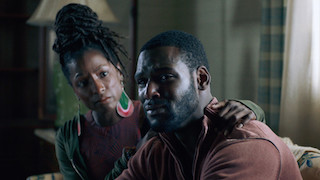 “Ralph has been delaying bringing his son into the hospital because, he says, he doesn’t want him to see his grandfather on his death bed with tubes coming out of his nose,” Averick said. “But the subtext is clear, it’s Ralph who is afraid.”

“When they walk in, Ernest wakes up and they share a sweet moment. There is no dialogue and I sat on the shots for a long time, for as long as it felt right. A lot was going on in their eyes. You could feel their relationship and history. It was a positive moment for three generations of men. There were no words, but it spoke volumes.”

“Hula was quick, accommodating and collaborative,” said Hooks. “It was smooth sailing. On the few occasions when there was a technical issue, they were there in 30 minutes.”

Hooks added that the entire post-production process proceeded without a hitch and in a spirit of collaboration set in motion by DuVernay. “We became a community,” she said. “Ava included all of us and allowed everyone the freedom to give notes and speak their minds. Ultimately, that made everything better. It had more eyes on it and more points of view and that was a huge benefit to the show.”

Averick agreed and said that the result is a unique and powerful series that he believes will grow on audiences. “It’s not instant gratification,” he said. “We allow you to sink your teeth into the story and the characters. It has a cumulative effect. It’s what we do…and we love it.”