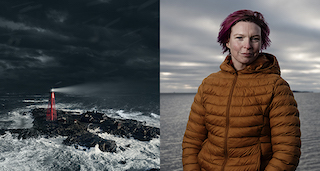 Last month, when the Göteborg Film Festival announced that one person would have the opportunity to watch this year’s festival at Pater Noster lighthouse without family, friends or mobile phone, the idea turned out to be immensely appealing. In less than two weeks, the festival committee received more than 12,000 applications from more than 45 countries. After a comprehensive process involving interviews and tests, one person has finally been selected for the coveted place: emergency nurse and film enthusiast Lisa Enroth from Skövde, Sweden.

Enroth has spent the past year has working at the very forefront of the fight against the COVID-19 pandemic. When the opportunity to apply arose and she was sure everything else would fall into place, she says she didn’t hesitate for a second. "My God, this is going to be so much fun!” she said. “Through my work in healthcare I seem to have spent ages listening, testing and consoling. I feel like I’m drained of energy. The wind, the sea, the possibility of being part of a totally different kind of reality for a week – all this is really attractive."

Enroth is immensely interested in film and as a member of the local film club in her hometown, she tries to adjust her work schedule to take in as many films as possible. She will now experience a marked contrast between her work in the hectic healthcare system and the quiet and seclusion of Pater Noster.

The psychological stress that comes with total isolation was an important concern in the selection process, and the Göteborg Film Festival organizers spent a lot of time closely reviewing the applications. The massive number of applicants meant they had to assign additional resources to complete the selection in time. 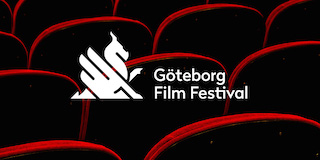 The Pater Noster lighthouse has guided sailors through Sweden’s most dangerous waters for more than 150 years. The home on the island has housed lighthouse keepers' families as well as shipwrecked seafarers for generations. In 2016 Pater Noster was designated as a listed building. Nowadays a personal hotel is run on the island attracting considerable attention as one of the world’s most remote and attractive destinations

“We’re overwhelmed and really delighted by the considerable interest and the huge number of applications from all over the world. Choosing one single person out of 12,000 was not an easy task, but Lisa made a strong impression on us in her letter,” says Mirja Wester, CEO of Göteborg Film Festival. “The interviews and tests she subsequently undertook strengthened our impression of her as the right candidate. And in these troubled times it feels particularly right to be able to give this unique experience to one of the many heroes of the healthcare system who are all working so hard against COVID-19.”

The creation of isolated film experiences for single-person audiences is a way of processing how the pandemic has changed people’s relationships with film. In addition to the isolation of a single participant for seven days in one of Sweden’s most barren, windswept and harsh locations, the festival also offers isolated film screenings for one person at a time in the Scandinavium arena and Draken cinema.

The festival is running now through February 8.

Audiences from all over the world are now invited to follow Enroth’s experiences via a video diary that will be published daily on the festival website during the festival week.