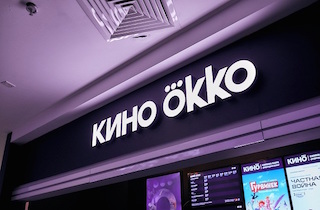 United Cinema Chain Kino Okko will be the first company to introduce the Dolby Cinema experience to the Russian market at its Cinema Park Metropolis in Moscow. Dolby Atmos immersive audio technology has been successfully deployed at several Russian movie theatres in recent years.

Alexey Vasyasin, executive director of the United Cinema Chain Kino Okko (Cinema Park & Formula Kino) said, “Cinema lovers have lacked a really exciting, immersive experience, that would allow them to feel as if they were in the movie themselves. We are really excited that Dolby has selected our United Cinema Chain to introduce their Dolby Cinema concept in Russia. The difference in the movie viewing experience is going to be huge for Russian film fans. We will be able to offer a never-before-seen realism of image and sound and we’re confident that seeing a movie in any traditional cinema hall will seem very unremarkable for anyone after they’ve had a chance to experience the magic of Dolby Cinema.” 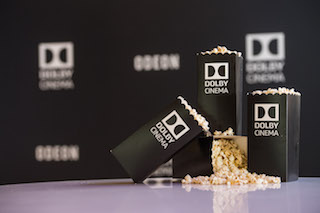 “Dolby has a long history of working with the leading studios, directors and cinema industry professionals in order to offer film fans the very best cinematic experience” said Doug Darrow, senior vice president, Dolby Cinema Business Group. “We’re looking forward to being able to bring uncompromised Dolby Cinema quality and innovation to the Russian market, and are very proud to enter the country with the United Cinema Chain Kino Okko.”