Legend3D Partners with The Coca-Cola, Ogilvy & Mather on 3D Spot 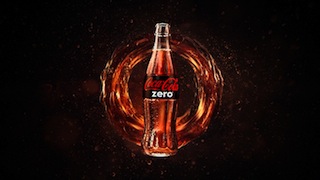 California-based Legend3D has been chosen by The Coca-Cola Company and advertising agency Ogilvy & Mather Paris to convert the Liquid Dream Coke Zero spot into 3D.

As more brands are integrating 3D theatrical advertising into their multi-platform marketing mix, Legend3D worked closely with the creative talent at The Coca-Cola Company and Ogilvy & Mather Paris to design 30 second- and 15 second-long 3D versions of the 2D commercial, which was produced by French VFX studio BUF.

Liquid Dream in 3D will plunge the viewer into an amber stream of Coke Zero, gliding in and out of liquid and light, and interacting with golden light beams against a glowing, star-filled galaxy.

“Teaming up with the Coca-Cola Company and Ogilvy & Mather Paris was a seamless creative collaboration,” said Matt Akey, executive producer at Legend3D. “The Liquid Dream Coke Zero spot lent itself perfectly to a theatrical 3D experience, enhancing audiences’ senses by immersing them in a galactic explosion of Coke Zero.”

"Conversion technology has come so unbelievably far in the last decade. It would be very hard for me to recommend a traditional stereoscopic shoot at this point,” said Nick Felder, global group director, film and music production at The Coca-Cola Company. “The speed, cost, and approval processes are just so much more efficient than even five years ago. It’s really great."