Leonard Maltin to be Keynote Speaker at 2014 Art House Convergence 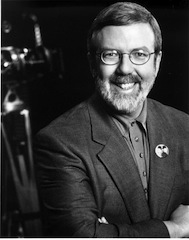 Film critic and historian Leonard Maltin will be a keynote speaker at the seventh annual Art House Convergence, which is being held January 13-16, 2014 in Midway, Utah in conjunction with the Sundance Film Festival.

He teaches at the USC School of Cinematic Arts, and was a member of the faculty at the New School for Social Research in New York City. For six years he was film critic for Playboy magazine. He has served as Guest Curator at the Museum of Modern Art, and was President of the Los Angeles Film Critics Association in 1995 and 1996. In 1997 he was named to the National Film Preservation Board, and in 2006 was selected by the Librarian of Congress to sit on the Board of Directors for the National Film Preservation Foundation.