Making the Case for Subtitles 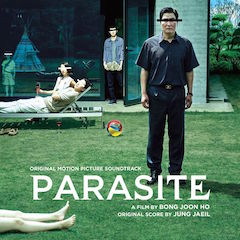 Cinema history was made earlier this year when the South Korean black-comedy thriller Parasite became the first subtitled film in 92 years to win the Academy Award for Best Picture. Director Bong Joon-ho used his acceptance speech at the Golden Globes, where the film also won awards, to champion subtitles and encouraged audiences not to be put off by foreign language films. He said once audiences “overcome the one-inch-tall barrier of subtitles” they will be introduced to so many amazing films. He added that we use only one language: “the cinema."

Critics have praised the quality of the Parasite’s subtitles, saying they allow foreign audiences "to laugh in all the right places." Darcy Paquet received media attention as translator of the English subtitles for the film. In an interview with Korea.net last year, Paquet was quoted that he was happy that the art of subtitle translation was in the news and that a close partnership with the director, combined with good planning and ample time for subtitle revision, ultimately led to a better result.

In addition, localization goes hand in hand with subtitling and entails adapting cultural references in a movie or series to local standards or expressions. Right from the synopsis phase through to pre-production and post-production, lip-sync dubbing and voice-over screenplays, these localization and subtitling skill sets are involved in making programs and movies coherent for all audiences.

Riccardo Mimmi, a skilled localization specialist and subtitler based in Italy, has been translating and subtitling literally hundreds of well-known movies, TV series, and documentaries from major Hollywood studios, broadcast networks and streaming companies such as Netflix and Amazon. Some of the many titles he has worked on include Klaus, Salvation, The Man in the High Castle, Vikings, American Hustle, The Americans, The Office and others. Passionate about his work, Mimmi said, “The goal of any filmmaker is to convey messages and emotions by transposing stories and characters to the screen. Localized versions are only as good if they are faithful to the creative intent that sparked their creation.” 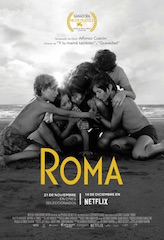 Another major advantage that subtitling brings to filmmakers is that it does not add any large expense to the budget. Making films available to more markets increases their revenue potential. Both filmmakers and broadcasters need to start viewing subtitling as an affordable add-on that increases product value, adheres to accessibility rights, and gives a competitive edge.

Subtitles are becoming ubiquitous. We come across them daily when watching videos on phones or tablets, laptops or television, including the big cinematic screen when we can get to a cinema. No longer are subtitles only deemed to be necessary for those with impaired hearing but are perceived as imperative to anyone wanting to watch content when in noisy places or with the sound off. Subtitles assume an audience can hear the audio, but need the dialogue provided in text form as well. Whereas closed captioning assumes an audience cannot hear the audio and needs a text description of what they would otherwise be hearing.

My company, PBT EU, distributes the SubtitleNext system, which provides filmmakers with the tools to make their films more accessible to absolutely everybody. With remarkable toolsets that can make really creative subtitling, SubtitleNext has the ability to design subtitles that look as if they are a natural part of the film. Subtitles can be made so that they never appear to look as if they are merely an add-on or after-thought, but as an integral element of the film itself, right from the start.

SubtitleNext is platform-independent and runs on all major operating systems such as Windows, Linux and MAC OS. It is an application that provides users with a multi-file synchronous browsing editing feature with a standard and text editor-like experience that can create standard and modern creative subtitles and timed text messaging that adapt to all the latest rules, checks and fix-ups to the subtitles (both text and timing). 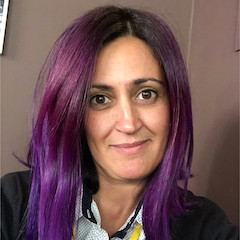 SubtitleNext has been adopted by the Belgium production company Videohouse and has already been used on series such as Sirens, Viking and Big Little Lies.

The creative capabilities within SubtitleNext provide dynamic tools for creating styles, effects, colors, shapes and positioning, which are far from the boring standard look that has been used within the film industry for decades.

The full set of digital cinema and timed text markup language format features are also fully supported in SubtitleNext, including text positions, effects, sizes and colors, styling, and looks including user configurable screen layouts that can be personalized to suit the project and user’s convenience.

Kamen Ferdinandov of Toronto-based Profuz Digital developed SubtitleNext. He is also the CTO and managing partner of PBT EU. “Our secret is that we listen carefully to what everyone has to say,” he said. “We genuinely care about the challenges the industry faces and we take an interest. We work with this vital feedback and use it to implement positive changes, develop new capabilities and hopefully bring groundbreaking functionalities that benefit users more than ever before.”

Ivanka Vassileva is the CEO and managing partner of PBT EU in Sofia, Bulgaria