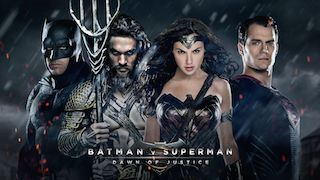 Warner Bros. Pictures’ Batman v Superman: Dawn of Justice was released last month in Dolby Cinema. That process begins with the filmmaker’s vision. The technical wizards behind the film recently sat down for an interview to discuss their roles in bringing it to the big screen.

They included editor David Brenner, sound re-recording mixer Chris Jenkins, visual effects supervisor John ‘DJ’ Des Jardin and supervising sound editor Scott Hecker. In this panel discussion, held at the Dolby Cinema prototype theatre in Hollywood, these experts share their secrets, reveal some of the intricacies of the filmmaking process and share how Dolby Atmos and Dolby Vision helped them bring out the power of the story.