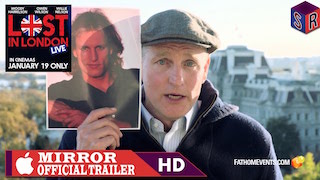 Later this week, audiences across the United States will have the chance to watch a film that promises to redefine the concept of event cinema. On January 19, Oscar-nominated actor Woody Harrelson will direct and star in an unprecedented live feature film event, Lost in London Live. Harrelson, who also wrote the film, will be joined by co-stars Owen Wilson and Willie Nelson. Fathom Events will present the film live in 550 theatres in the US. Afterwards, he’ll participate in a question and answer session about the experience. No matter what happens, Lost in London is certain to make event cinema history.

The mantra on most movie sets is “we’ll get it with the next take” or “we can fix it in post.” The mantra for the entire Lost in London production team has become “one camera, one take, one chance to get it right.”

Loosely based on a series of real-life events that ended with him spending a night in jail, Lost in London follows Harrelson, playing himself, as he struggles to get home to his family. Run-ins with royalty, old friends and the law all seem to conspire to keep Harrelson from succeeding.

"I’ve always loved theatre and film and wanted to find the best way to merge the two,” said Harrelson. “When I decided to shoot this in real time I realized it wasn’t quite like true theatre because the one piece missing was a live audience. By broadcasting the film live as its being shot I hope to truly blend the excitement of live theater with the scale and scope of film.”

So this is theatre without a live audience to offer feedback blended with a film shoot that has no safety net. As Harrelson told The Guardian, “No one’s ever shot a movie and live-broadcast it in cinemas at the same time. No one’s ever been that stupid, until now.”

Ken Kao of Waypoint Entertainment will produce alongside Harrelson. 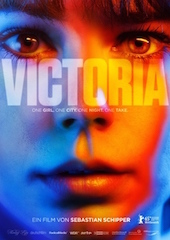 “Harrelson continues to surprise his fans with new and exciting ideas – Lost in London might be the boldest one yet,” Fathom Events CEO John Rubey said. “Fathom is thrilled to be part of this revolutionary project to bring a live feature film, paired with an exclusive Q&A, to audiences nationwide.”

Lost In London is being shot mainly in Central London by cinematographer Nigel Willoughby.

Willoughby will be shooting with an Arri Mini Alexa, recording in a 1:85 aspect ratio at 23.98 frames per second and 1920 by 1080 resolution. The film will be graded live using DaVinci and delivered with a live Dolby 5.1 surround sound mix.

Sound supervisors are Tim Fraser, for the film, and Tim Summerhayes, for the live broadcast.

The film has a running time of roughly 100 minutes. The logistics for the production are astounding.

Although much of the film takes place in one large building, there are fourteen distinct locations.

In all, the production is providing catering for nearly 700 people including crew and extras.

There will be 54 receiving antennas, which is more than the live broadcasts of Wimbledon and the Open Golf Championships combined.

The plan now is to distribute the film on iTunes at some point. There will be a one-day grade of the picture and audio tweaks where needed but, otherwise, the distributed film will essentially be the same as the live film. 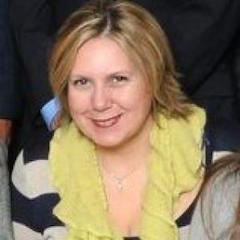 Everyone I spoke with about the production referred to the 2015 German film Victoria, a drama directed by Sebastian Schipper and starring Lisa Costa and Frederick Lau. That film was shot in a single long roughly three-hour take by cinematographer Sturla Brandth Grøvlen.

For Victoria, to reassure financial backers, a so-called jump-cut version was filmed first, over ten days, as a series of ten-minute takes, so that Schipper would have a completed film in the bag even if the one-take version failed. Schipper later described the jump cut version as “not good.” The budget allowed for only three attempts of the one-take version. They needed all three attempts to get a finished result that satisfied Schipper.

Woody Harrelson only gets one try. And he’s expected to be on camera the entire time.

I wasn’t able to get anyone to comment about the film’s budget or who’s paying for it.

It seemed appropriate that I was originally scheduled to speak with line producer Andrew Warren but, when the time for the interview came, he’d been called away to deal with a pre-production issue. In his place I spoke with Vicki Betihavas of Nineteen Fifteen Productions, the live producer for Lost in London.

Betihavas brings a wealth of live experience to this project. She has a long resume of successful live producing credits. She produced Keane Live from Abbey Road in 3D, the world’s first 3D webcast. She also produced the Burberry Fashion Show Live in 3D and that had five different live locations (Los Angeles, New York City, Paris, Dubai and Tokyo) and also provided an HD/2D online/digital stream simultaneously. 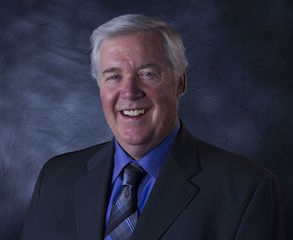 Based on our conversation, I’d say that the single most important quality that Betihavas brings to any project is her amazingly calm and confident demeanor. “I’m not scared of live,” she said with a laugh. “If I start to lose it we’re really in trouble.”

Betihavas said two of the keys to making a live event work are preparation and redundancies. Among the preparations, the opening and closing credits will be pre made and played in live. Original music has been composed and elements will be played in live. Many of the locations have been​ pre lit, however exterior location and vehicle interiors will rely on practical light.

A full run-through was being shot on Monday. “That’s when we’ll be able to see the whole thing,” said Betihavas. For the live shoot, there will be a camera capable of shooting a wide covering shot if something happens to the DP’s camera and a voiceover actor will be on hand to cover other unforeseen occurrences. “But we’re not going to use those unless we have to,” she said.

Betihavas stressed that Lost in London is not a typical live event; it’s a movie.  If she has a concern, it’s that the mindset for live productions is different than that of movie productions. She repeated the production mantra: “One camera, one take, one chance to get it right. The whole idea is to make a film. They really have to nail it.”

John Rubey, whose career has included a long list of live event successes, said that when he was approached almost three years ago to be Fathom Events’ first CEO one of the things that appealed to him was “how much opportunity there is.”

For him, Lost in London exemplifies that. “It’s something that’s never been done. It’s complex and we love that,” Rubey said. “Fathom Events got involved with the project at a fairly early stage. It’s a true story. We read the script and we loved it.”

It’s fair to say that no one is more excited to see how Lost in London turns out than Rubey, or more upbeat about what the end result will be. Experience has taught him many lessons: “Do all your preparation. There will be unexpected things that happen, but there is no failure here.”