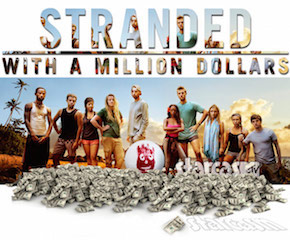 Leslie Carney has more than twenty years of experience in television post-production. Working as post supervisor for MTV's Stranded with a Million Dollars, which will air February 21, she recently delivered 10 one-hour episodes. An efficient workflow has rarely been more critical. “The show was challenging,” said Carney. “It was shot over 40-days using 14 different types of cameras, including RoboCams and 4K Drones. We had to deal with a massive amount of media and all kinds of frame-rates and codecs.” 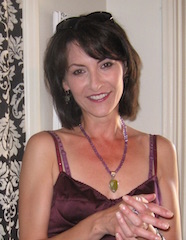 "Digital delivery adds layers of complications that just didn’t exist with tape,” she said. “For instance, although Avid MC accepts different frame-rates and codecs, any media not converted to the required specs will fail QC.”

“A good example of this is black filler. On a previous project, editors would grab some filler and create a mix down. However, it was impossible to make sure every editor used the same filler every time for each export. And, there's just no way of knowing there is a frame-rate issue in the file until it fails QC because differing frame rates aren’t noted in the file’s metadata.”

“This is where Cinedeck was a lifesaver. By using Cinedeck's insert-edit workflow, I never worried about mismatched frame rates, an incorrect export setting or whether I’d have to start the export all over again if there was a crash,” said Carney. “For each episode, we did a lay off to a Cinedeck blacked file with a baked-in preset of the correct codec, frame-rate, audio tracks and timecode using Avid MC’s Digital Cut Tool.”

Like many shows, there were last minute B-roll shots or end credit changes that needed to be made. For this show, some of these changes had to be made for shows that had already been delivered. Regarding last minute changes Carney said, “With Cinedeck an assistant editor can simply punch in the change whether it’s a slate or an entire act. It’s a straightforward process and a big time-saver.”

“Because we used Cinedeck, none of the show’s challenges were ever an issue,” Carney concluded. “Every show was ready to be delivered and passed QC! Lastly, we only needed one deck - Cinedeck. No more daily rentals of decks that are difficult to use and cost money each time you bring one in. I literally feel that Cinedeck is making me money.”