Mixing a Slice of Hell 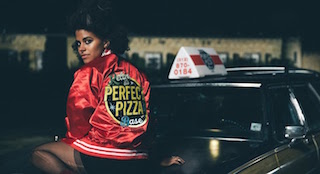 Slice, currently in international release from A24, is a quirky comedy/horror tale centering on a neighborhood pizza parlor that doubles as “a gateway to hell.” For Steve Giammaria, of Sound Lounge’s Film + Television division, who acted as both supervising sound editor and re-recording mixer, Slice offered an opportunity to indulge both his sense of humor and taste for the macabre.

His sound design is replete with clever touches that enhance the film’s mix of chills and humor. Gory moments are accompanied by comically over-the-top blood spurts and gruesome knife thrusts. When the action shifts from sleepy, suburban Kingfisher to creepy Ghost Town the ambient sounds of birds suddenly disappear, replaced by distant moans and gurgling cries. 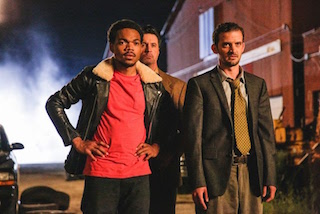 Helmed by noted music video director Austin Vesely in his feature debut, the film has a cast of ghosts, witches and werewolves—as well as one very unlucky pizza deliveryman—and serves up a string of grisly murders with fiendishly tongue-in-cheek charm.

“Slashing and murdering is always fun,” joked Giammaria. “It gives you a chance to be very creative with sound. For a group of witches with demonic voices we sampled cat meows. The voice for the werewolf was built from dog snarls, along with pig, puma, goat and a hint of sea lion.”

Giammaria especially enjoyed layering effects for a car chase that’s straight out of The Fast and the Furious, except that the lead vehicle is a Vespa. “The Vespa couldn’t sound too weak or too strong,” he noted. “We used a variety of sounds of Italian motorcycles to hit the sweet spot and make the humor work.”

Giammaria was assisted by Alchemy Post Sound, whose Foley team created everything from eerie footsteps to blood spurting from a neck wound, and Loopers Unlimited, who hired a group of voice actors for a host of wildly divergent crowd scenes. “They were the ghosts and ghouls you hear wailing in the background, and the newspaper reporters you hear on TV,” said Giammaria.

In total, the sound work for the film proceeded on an intermittent basis over six months from initial spotting sessions through the final mix at Sound Lounge. Giammaria said that he’s proud of the result and happy to have had the opportunity to help Vesely tell his offbeat story. “I love doing comedy,” he said. “You can enhance a joke or you can create a joke where there wasn’t one. With the right sound, you can take a funny moment and kick it up a notch from a B-plus to an A.”